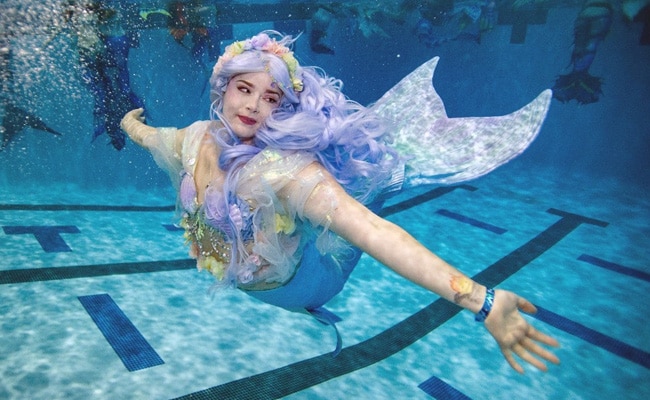 Tresses swirled and fins shimmered as thousands of people donned tails to dive into a weekend of all things mermaid at the MerMagic convention in Virginia.

Held at an aquatic center in Manassas, in the eastern United States, the convention is billed as the world’s largest dedicated to mermaids, and attracts enthusiasts from all walks — or swims — of life.

“There’s a legend of a different kind of mermaid in just about every society going back as far as history’s been recorded, which means there’s really no wrong way to be a mermaid.”

One group, the Society of Fat Mermaids, were looking to reinforce that message and attract more fans of fins. 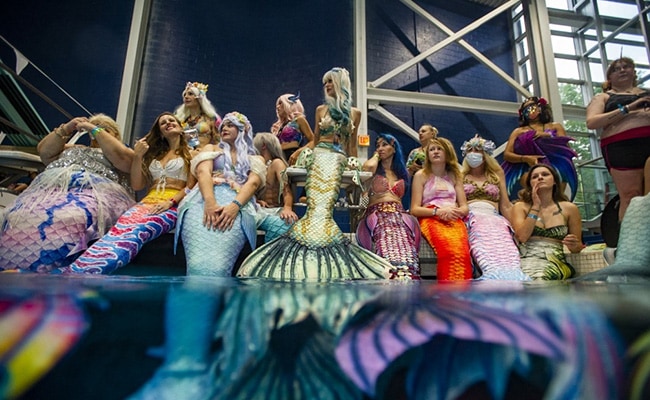 The society’s founder Che Monique said she posts pictures of the group’s members swimming and performing tricks in the pool while decked out in their mermaid finest on Instagram to encourage others to think, “hey, I can do that too.”

But some might be put off by the high price tag that comes with becoming a mermaid.

Many “merfolk” spend thousands of dollars on colourful and intricate outfits, much of that often going into custom-made tails of silicone or foam and fabric. 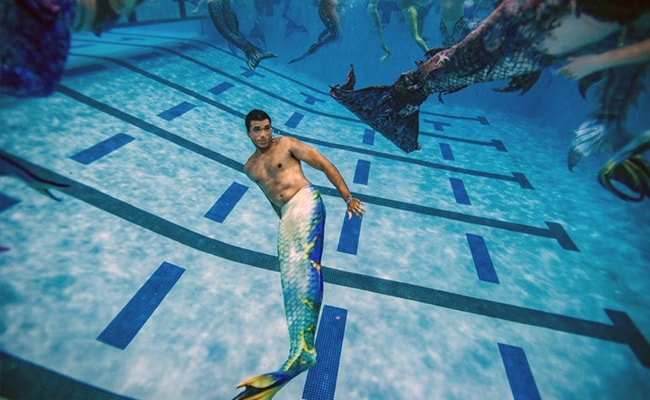 On the trade show floor, vendors sold everything from full tails to accessories to decorate and finish a mermaid’s look, including headpieces, necklaces, rings and clothing.

“This is definitely not a cheap hobby,” mermaid Jasmine Glover told AFP, saying the tail she was sporting at the convention cost “probably between $2,000 and $3,000.”

Then there are expenses like getting lifeguard and free diving certifications, she added, “to make sure I’m safe.”

Midday at the aquatic center saw several hundred merfolk perched on the edge of the large pool for a group photo and an open water swim. 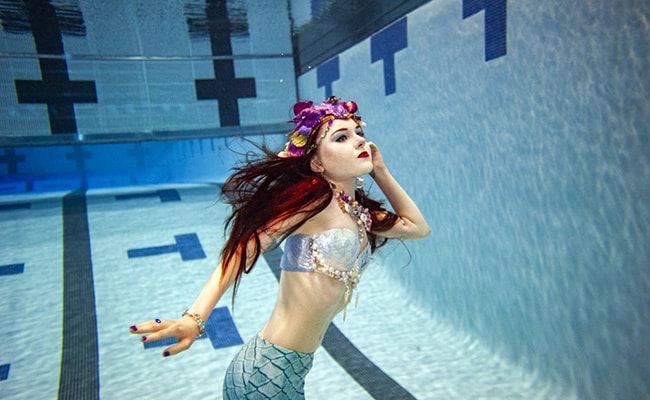 A mermaid poses under water during a shoot

While many were there just for fun, others came in a competitive spirit and tried their luck in the Mer-Olympics or the Miss Mermaid USA Pageant.

“People used to believe in mermaids and now scientifically people don’t, but honestly, a bunch of people with a dream and a will have made mermaids real.”