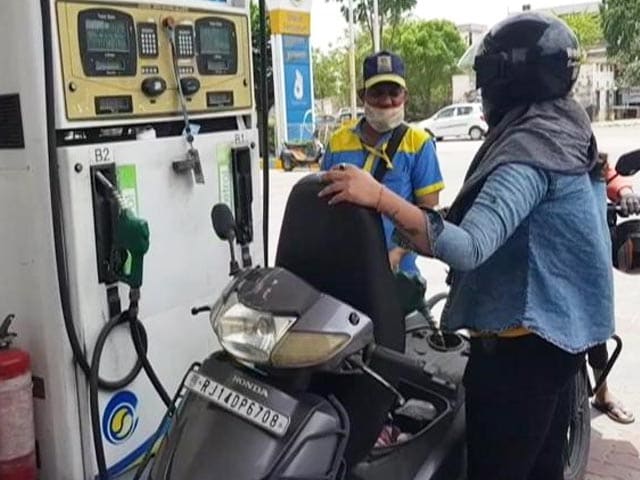 A surge in international oil prices may translate into an increase in the retail selling price of petrol and diesel in India as oil companies face extreme margin squeeze, sources said.

Petrol in Delhi currently costs Rs 101.19 a litre and diesel is priced at Rs 88.62 per litre. Average international crude oil prices had fallen by more than $3 per barrel in August as compared to the previous month. This came against the backdrop of mixed economic data from the US and China and mobility restrictions in Asia fuelled by the fast-spreading Delta variant.

Accordingly, retail prices of petrol and diesel in the Delhi market were reduced by Rs 0.65 a litre and Rs 1.25 per litre by oil marketing companies from July 18 onwards. The last downward revision was on September 5. However, with the latest developments in the international market, crude oil prices have started to surge consistently since the last week of August.

The crude oil production outages in North America from a fire at Mexico’s offshore platform and the disruptions caused by Hurricane Ida on US Gulf Coast have triggered a steep rise in oil prices. Ida, the worst storm to hit the US Gulf Coast since hurricanes Katrina and Rita in 2005, could result in a total crude supply loss of up to 30 million barrels, as per IEA.

Further, falling US crude oil inventories and expectations of improvement in demand have also contributed to the recent spurt in prices. OPEC in its monthly oil market report for September has maintained a growth forecast of 6.0 million barrels per day in world oil demand for 2021. As per OPEC, increasing vaccination rates and steady economic developments in major economies are expected to support crude oil demand.

For Q4 2021, world oil demand is expected to increase by 1.24 million barrels per day from Q3 2021. For 2022, OPEC projects oil demand to reach 100.8 mb/d, exceeding pre-pandemic levels. With even IEA reporting optimism over increasing vaccination rates and likely improvement in demand outlook, international oil prices might remain firm in the near term, sources said.