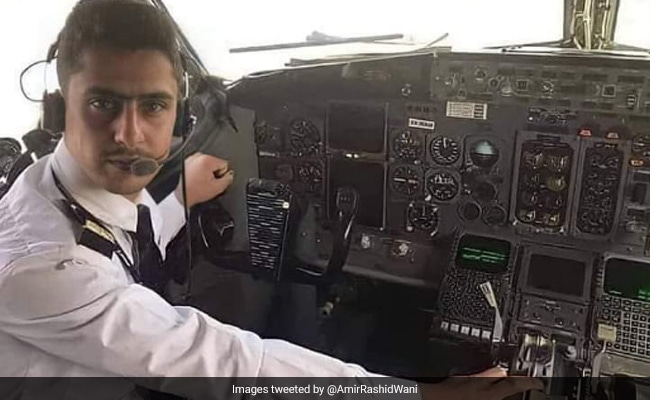 Every parent wishes their child to succeed in life and fulfill all their dreams. In order to make their children’s lives better and help them accomplish their goals, parents also don’t shy away from making sacrifices. Even if we thank them every day for all that they have done for us, it won’t be enough. One such heartwarming story of a mother-son duo has surfaced on social media, winning hearts online. The story is of a woman who wanted her little boy to grow up and become a pilot and take her to Mecca on the plane he would fly one day. Several years later, the young man made his mother’s dream come true.

In a Twitter post, user Amir Rashid Wani shared a photograph of the pilot and the note his mother wrote years ago. Mr. Wani’s tweet read, “My mother wrote me a card for the school and hung it on my chest, and used to tell me that: ‘When you become a pilot, take me to #Makkah on your plane.’Today my mother is one of the travelers to the Holy Kaaba and I am the pilot of the flight.”

♥️♥️My mother wrote me a card for the school and hung it on my chest, and used to tell me that: “When you become a pilot, take me to #Makkah 🕋 on you plane.”

Today my mother is one of the travelers to the Holy Kaaba 🕋 and I am the pilot of the flight 💖. pic.twitter.com/c6KuKjvGum

Since being posted, the tweet has garnered more than 20,000 likes, more than 2300 retweets, and several comments. Social media users loved the inspiring post and showered love on the pilot for fulfilling his mother’s dream. One user wrote, ”I’m really crying for real. This is so beautiful.” Another comment read, ”Faith is powerful, and the blessings of parents are equally powerful.”

A third commented,” If you are determined, your DREAMS will always come true.” Another wrote, ”Dear you are really a lucky son because you fulfilled your mother’s dream.”

Last month, a similar incident made the internet emotional after a son surprised his father with a dream bike on his 59th birthday. In a video posted on Instagram, the son was seen gifting his father his favourite bike after realising how much he loved it. His father was left overwhelmed at the adorable gesture and the internet joined in to share the happiness.