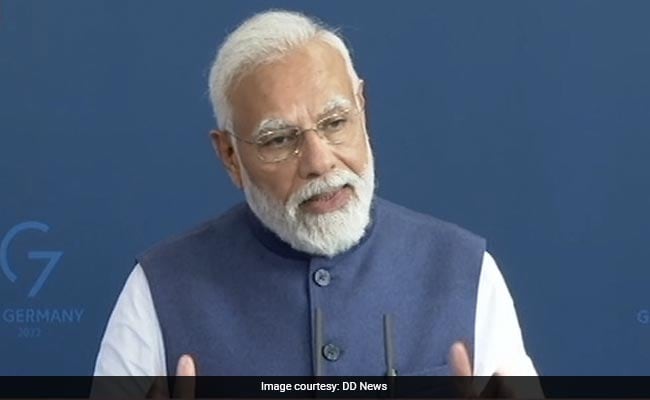 Prime Minister Narendra Modi on Monday highlighted the reforms undertaken by his government as he interacted with Indian and German business leaders, urging them to invest in India’s youth.

PM Modi, who arrived here on Monday morning on the first leg of his three-nation Europe trip, co-chaired a business round table with German Chancellor Olaf Scholz.

“Prime Minister emphasised on the broad-based reforms carried out by the government and highlighted the growing numbers of start-ups and unicorns in India,” the Ministry of External Affairs said in a press release.

He invited the business leaders to invest in India’s youth.

The event saw participation of top representatives from the governments and selected CEOs from both sides, who engaged in discussions on topics ranging from climate cooperation; supply chains; research and development.

Meanwhile in a tweet, the Ministry of External Affairs said: “Building on our business ties. PM @narendramodi and @Bundeskanzler Olaf Scholz interact with top executives from German and Indian companies. Discuss ways to further the vigour and vitality of the Indo-German economic and commercial partnership.” Mr Modi’s visit comes amid the Ukraine crisis, which has united much of Europe against Russia.

Building on our business ties.

Discuss ways to further the vigour and vitality of the Indo-German economic and commercial partnership. pic.twitter.com/qPY9syUpzh

Earlier, addressing a joint press event with Scholz after co-chairing the 6th inter-governmental consultations between the two nations, Mr Modi said India was concerned over the humanitarian impact of the conflict and had provided aid to Ukraine.