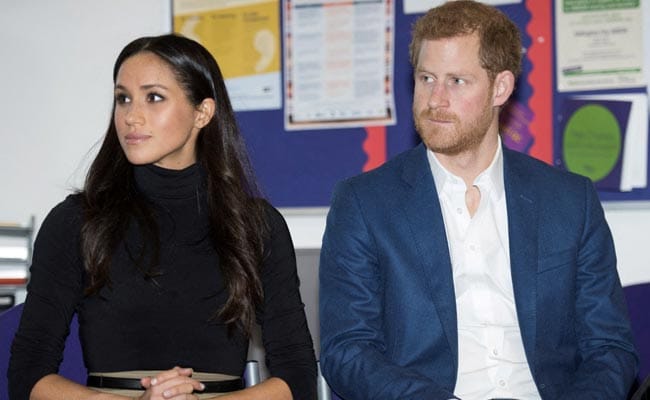 The book is due for release on July 21 in the United Kingdom. (File)

A new royal biography containing accounts from “insiders who have never spoken before” is due for release on July 21 in the United Kingdom. The book written by Tom Bower is titled Revenge: Meghan, Harry and the war between the Windsors. It is set to expose the intricate web surrounding the Duke and Duchess of Sussex and their relationship with the Royal family.

“Tom Bower, Britain’s leading investigative biographer, unpicks the tangled web surrounding the Sussexes and their relationship with the royal family. From courtroom dramas to courtier politics, using extensive research, expert sourcing and interviews from insiders who have never spoken before, this book uncovers an astonishing story of love, betrayal, secrets and revenge,” read the publicity material.

Now, speaking about his upcoming biography, he said, “I have found out things which are really quite extraordinary about her (Meghan Markle). And I think that the public perception of her will be either confirmed or outraged or in any case, it’ll be a great surprise.”

“And it’s a great story. It is an astonishing story of a woman who came from nothing and is now a world figure and has trampled on all those others on the way which is classic for the sort of people I always choose, whether it’s a politician or a tycoon. The victims are keen to talk and they have spoken. And it’s a really gripping story,” Mr Bower continued as per the outlet.

Separately, according to the Express, royal commentator Sarah Robertson has said that Meghan Markle and Prince Harry are “dreading” the release of the book. She stated that the biography “uncovers an astonishing story of love, betrayal, secrets and revenge”. Ms Robertson also revealed that Mr Bower had warned the Duchess of Sussex ahead of the “explosive” book.

“Bower said: ‘don’t expect to silence me’ to Meghan Markle. He issued that warning. And has he landed a knock-out blow on her, he really has with this,” Ms Robertson stated.

Further, the royal commentator went on to say that the upcoming biography claims that Harry and Meghan had “blindsided” the Queen by choosing the name Lilibeth for their daughter who was born last year. “Harry phoned the Queen after her birthday and told her – not ask – told her their daughter was going to be called Lilibeth, blindsiding the Queen,” Ms Robertson said.

As per the outlet, Mr Bower spent a year collecting all the evidence and exclusive testimonies from both friends and enemies of Meghan Markle. Meanwhile, Prince Harry has his own memoir coming out with the original release date slated for late 2022.