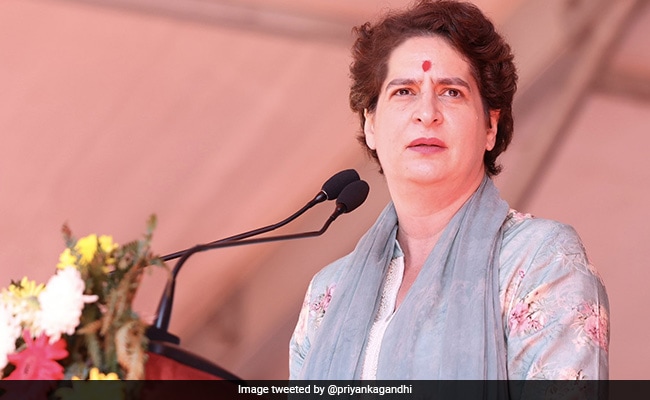 This comes after a day of high drama in the hill state, with rival factions jostling for the top post.

Congress General Secretary Priyanka Gandhi Vadra, who party leaders credited for the Himachal Pradesh Assembly polls win, will take the final call on who will be the Chief Minister of the state, sources have said. This comes after a day of high drama in the hill state, with rival factions jostling for the top post.

The 40 Congress MLAs in the state on Friday evening passed the party’s traditional one-line resolution, authorising the “high command” to take a decision. The decision is expected by Sunday

Priyanka Gandhi led the party’s campaign in Himachal Pradesh, along with new national president Mallikarjun Kharge, with several rallies, and was also closely involved in strategy planning for the polls. Many leaders hailed her leadership in securing the win for the party and defeating the BJP’s election machinery.

This is Priyanka Gandhi’s first electoral success while heading the campaign charge. The party had lost Uttar Pradesh assembly polls while she spearheaded the canvassing there earlier this year.

During her rallies in Sirmour, Kangra, Solan and Una, Priyanka Gandhi raised the issues of Agnipath, inflation, unemployment and the old pension scheme.

The MLAs’ meeting late last evening was held with central overseers Rajeev Shukla, Bhupinder Hooda, and Bhupesh Baghel present to coordinate. They spoke to each MLA to gauge who has more support.

The “high command” resolution, however, came after a show of strength by supporters of state Congress chief Pratibha Singh ahead of the meeting in Shimla, her family’s area of dominance. A horde of party workers raised slogans and even blocked Chhattisgarh Chief Minister Bhupesh Baghel’s car, demanding that Pratibha Singh, a three-time MP and wife of the late leader Virbhadra Singh, an ex-royal, “deserves the top post”.

In the race besides her are Sukhvinder Singh Sukhu and Mukesh Agnihotri, both of whom have their pockets of support in areas some distance away from Shimla. Since the meeting today was in Shimla, the support for Pratibha Singh grabbed the optics.