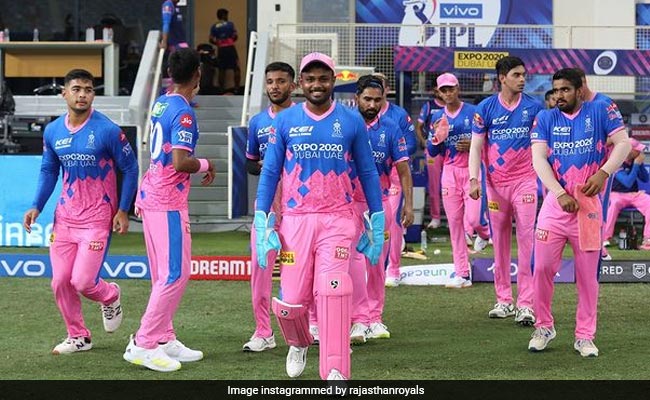 Rajasthan Royals pulled off an incredible two-run win over Punjab Kings in an Indian Premier League (IPL) thriller on Tuesday – and the on-field battle was only matched by a battle of wits off the field between the two teams. Punjab Kings (PBKS) and Rajasthan Royals (RR) left fans in splits with a hilarious exchange on Twitter. It all started when Punjab Kings took a dig at RR fielders for repeatedly dropping KL Rahul’s catch. KL Rahul was dismissed after scoring 49 runs, narrowly missing out on a half-century, but not before Evin Lewis, Riyan Parag and Chetan Sakariya had dropped his catch.

“And finally #RR holds onto a catch tonight,” Punjab Kings tweeted after Rahul’s dismissal, adding a tongue-out emoji at the end.

“Held our nerves too,” Rajasthan Royals tweeted in response.

The exchange has racked up over 7,000 ‘likes’ on the microblogging platform. In the comments section, many praised the social media manager of Rajasthan Royals.

RR admin is the reason of tonight’s win!

This is not the first time that Rajasthan Royals have earned praise for their social media game. Back in April, they trolled themselves with a hilarious meme after their loss to Royal Challengers Bangalore.

During Tuesday’s IPL match in Dubai, Kartik Tyagi bowled a sensational last over to give his team a win over PBKS. Punjab required four runs off the last six balls but Tyagi dismissed Nicholas Pooran (32) and Deepak Hooda (0) and gave away only one run to snatch the win for his team from the jaws of defeat.