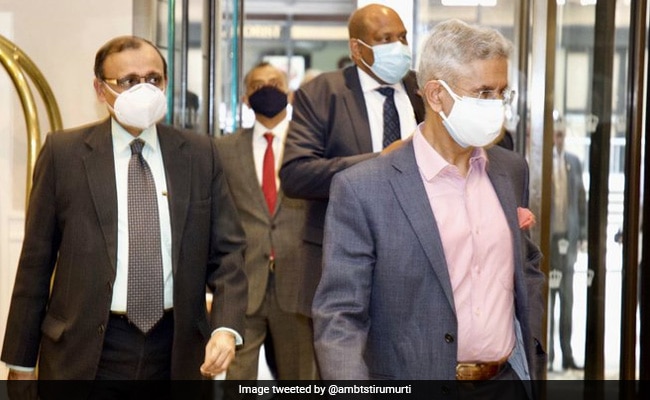 Quad was one of the key issues of discussion between S Jaishankar and top Biden officials.

Quad today fills a very important gap that has emerged in contemporary times, where there are global or regional requirements, which cannot be filled by a single country. It cannot even be filled by one bilateral relationship, and which is not being addressed at the multilateral level, he told a group of Indian reporters as he concluded most of his meetings here.

Mr Jaishankar, who is on an official trip to the US, is the first Indian Cabinet minister to visit the country since Joe Biden became US President on January 20.

He asserted that India has clarity on its membership to Quad, adding that he had been personally involved with its progress over the past several years, including when he was India’s foreign secretary.

The Quad aims at strengthening a rules-based order in the strategically-important Indo-Pacific amidst China’s aggressive actions in the region.

We are members of Quad. When we are members of anything, we are very keen about it, otherwise, we won’t be its members. We have clarity on the Quad, Mr Jaishankar underlined.

Quad was one of the key issues of discussion between Mr Jaishankar and top officials of the Biden administration, including Secretary of State Antony Blinken, Defense Secretary Lloyd Austin and National Security Advisor Jake Sullivan.

Quad used to (and) still does discuss maritime security and connectivity, in recent years. It has started to discuss technology issues, supply chain issues and vaccine production. There are marine, sort of safety quality issues. So, there are a whole set of issues, the minister noted.

Without naming any country, Jaishankar said there are many, many concerns which have to be addressed by somebody.

Big countries can do a large portion of it. Big relationships can add to it. But at the end of the day, most things work better if a group of countries sit together and say, okay, we all have similar positions and similar interests, and why don’t we all sit and address those sets of issues.

So that is how we see Quad. Quad is an expression of the convergence of interests of many countries. It is in many ways a reflection of the contemporary nature of the world, where it is not a set of, you know ., at some stage, we have to put the Cold War behind us. It is only those who are stuck in the Cold War who cannot understand Quad, he added.