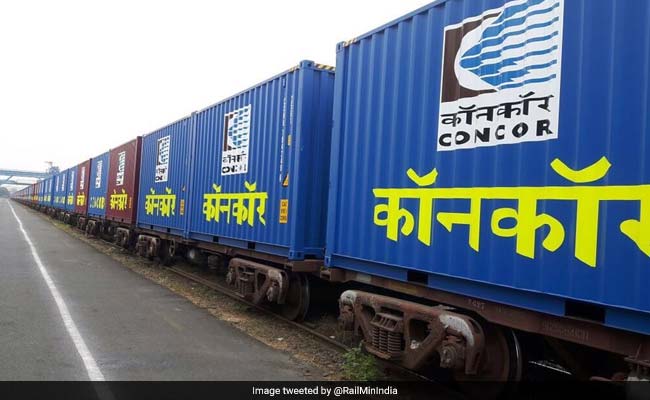 Union minister Raosaheb Danve on Sunday said the Railways has suffered losses to the tune of Rs 36,000 crore during the coronavirus pandemic, and termed goods trains as the real revenue generators for the national transporter.

He also said that a bullet train project would be executed along the Mumbai-Nagpur Expressway, which is under construction at present.

The Minister of State for Railways was speaking at the foundation stone laying ceremony of an underbridge at the Jalna railway station.

“The passenger train segment always runs into losses. Since increasing the ticket fares affects the passengers, we cannot do so. During the pandemic, the Railways suffered losses of Rs 36,000 crore,” he said.

“Only goods trains generate revenue. During the pandemic, these trains played an important role in carrying goods and providing relief to people,” the minister added.

Speaking about bullet train, he said this project would be rolled out along the Mumbai-Nagpur Expressway as it is necessary for people.

The Railways has undertaken the Western Dedicated Freight Corridor project, which will connect Navi Mumbai to Delhi, Danve said.

He assured doubling of tracks between Nanded and Manmad stations, and said he would check if the Jalna-Khamgaon railway line was viable or not.

Hitting out at his detractors, Danve said he was being attacked from all quarters. “But I become stronger after facing criticism,” he said.

Maharashtra Health Minister Rajesh Tope, who was also present at the event, said the state government has sanctioned a hospital in Jalna for treatment of those suffering from mental illnesses. He said the facility would benefit the Marathwada region.