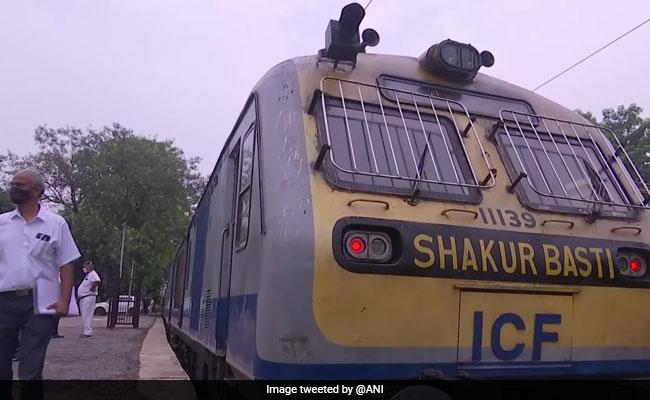 The project shall commence in 89km Sonipat-Jind section of Northern Railway.

Under the flagship programs of the Government, “Advanced Chemistry Cell (ACC) Batteries” and “National Hydrogen Mission”, to cut down on the Green House Gas (GHG) emission under Paris Climate Agreement 2015 and “Mission Net Zero Carbon Emission Railway” by 2030, Indian Railways are set to run trains on hydrogen fuel-based technology.

“We’ll do retrofitting on DEMU trains which run on 89 km track between Haryana’s Jind and Sonipat. A pre-bid conference for this will be held on August 17 and we hope that process will finish by October 5,” ADG PRO Rajiv Jain told ANI.

Further, SK Saxena, CEO of Railway Energy Management Company Limited added that hydrogen fuel is the cleanest fuel. “We’ll remove the diesel generator and install a hydrogen fuel cell. Input will change to hydrogen fuel from diesel. It’ll be the cleanest form of fuel. If hydrogen is generated from solar it’ll be called green power,” he said.

In a press release on Saturday, the Ministry of Railways said, “There has been recent budgetary pronouncement to kick off the concept of Hydrogen Mobility in the Country. Accepting it as a challenge, the Indian Railways Organization of Alternate Fuel (IROAF), Green Fuel vertical of Indian Railways, has invited the bids for Hydrogen Fuel Cell-based Train on Railways Network. The project shall commence in 89km Sonipat-Jind section of Northern Railway.”

Highlighting that Rs 2.3 crore will be saved annually due to the project, the ministry said, “Initially, 2 DEMU rakes will be converted and later, 2 Hybrid locos will be converted based on Hydrogen Fuel cell power movement. There will be no change in the driving console. Also, the project will lead to saving of Rs 2.3 Cr. annually.”