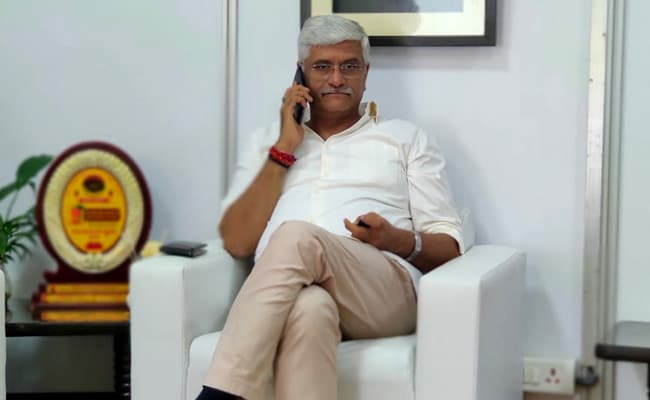 Referring to the incidents of communal violence in Karauli, followed by Jodhpur and Bhilwara earlier this year, the Jodhpur MP said there is “huge anger” among people against the state government.

He claimed that because of the appeasement by the Congress government, the “morale of separatist forces is high” and they are trying to divide the society on the basis of religion.

“The government is engaged in appeasement. The way the incident happened in Karauli, it was followed by similar incidents in Jodhpur and Bhilwara. Shivling was broken in Rajgarh (Alwar), harassed Hindus with its anti-Hindu mindset, due to which it has raised the spirits of separatist forces,” he alleged at a press conference at the BJP office in Jaipur.

Communal violence took place on April 2 in Karauli on the occasion of Nav Samvatsar or Hindu New Year.

The Union Jal Shakti Minister also targeted the Congress government over law and order while alleging that the spirits of different mafias are high while there is fear among the public.

Mr Shekhawat said gang war is taking place in the state and different types of mafia have become active and their morale is high while there is fear among the public.

He said the BJP has taken out Jan Aakrosh Yatras in all 200 state assembly constituencies against the “jungle raj, corruption and misrule of the state Congress government”.

The Union minister said 200 ‘Rath’ under the yatra have covered a journey of 94 thousand kilometers and more than 50,300 meetings ranging from small to big have been organised so far.

“We have got the opportunity to connect with more than 82.75 lakh people through these meetings and yatras,” he said.

The minister also highlighted the achievements of the central government, including Ujjwala scheme, Swachh Bharat Mission and Jal Jeevan Mission.