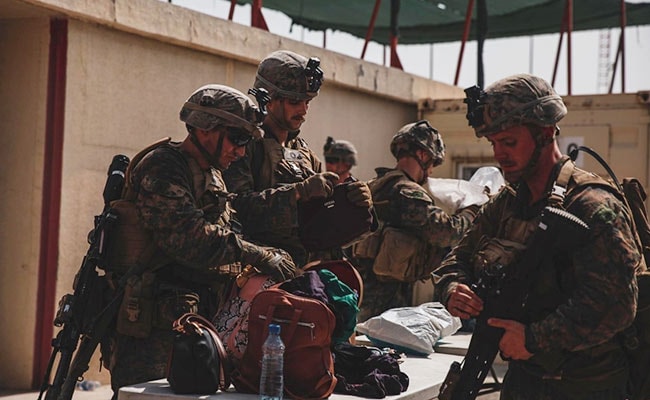 Ten members of an Afghan family were killed in a US strike.

Relatives of the victims of a US drone strike that wiped out 10 members of an Afghan family in a “tragic mistake” demanded a face-to-face apology and compensation on Saturday.

Ezmarai Ahmadi was wrongly identified as an Islamic State terrorist by US intelligence, which tracked his white Toyota for eight hours on August 29 before targeting the car with a missile, killing seven children and three adults.

A top general admitted the attack was an error, and US Defense Secretary Lloyd Austin apologised to the relatives of those killed.

However, Ahmadi’s 22-year-old nephew, Farshad Haidari, said that was not enough.

“They must come here and apologise to us face-to-face,” he told AFP in a bombed-out, modest house in Kwaja Burga, a densely populated neighbourhood in the northwest of the Afghan capital.

Haidari, whose brother Naser and young cousins also died, said the US had made no direct contact with the family.

“They must come and compensate,” he said. “They were not terrorists, and now it is clear for them and all the world to see,” he said of his relatives.

Haidari added that he wanted officials to “capture and prosecute” those responsible for firing the missile.

At the time of his death Ahmadi was working for a US aid group.

Haidari said all the victims had received evacuation papers and had hoped to go to the United States soon, like many Afghans eager to flee newly Taliban-ruled Afghanistan.

On the night of the strike, Ahmadi pulled his car into his driveway before youngsters piled into the vehicle — pretending the parking routine was an adventure — while he watched from the side.

A missile then came screeching down onto the car — obliterating the lives of 10 people in an instant.

The wreckage of the vehicle was still in the courtyard of the house on Saturday, alongside another burned-out vehicle.

Broken glass was strewn across the ground and the tiny sandals of the young victims had been placed on the mangled chassis.

US Central Command commander General Kenneth McKenzie said American intelligence had seen the vehicle at a site in Kabul that had been identified as a location from which IS operatives were believed to be preparing attacks on the Kabul airport.

Three days earlier an Islamic State-Khorasan suicide bomber had killed scores at the airport, including 13 US service members.

“We selected this car based on its movement at a known target area of interest to us,” McKenzie said.

“Clearly our intelligence was wrong on this particular white Toyota,” he said.

Defense secretary Austin said Ahmadi’s activities that day were “completely harmless”, and that the man was “just as innocent a victim as were the others tragically killed”.

“We now know that there was no connection between Mr. Ahmadi and ISIS-Khorasan,” said Austin.

“Today it was good news for us that United States officially admitted that they had attacked innocents civilians,” he said. “Our innocence has been proven.

“We demand justice from international institutions… Then we want compensation.”

McKenzie said the US government was studying how payments for damages could be made to the families of those killed.