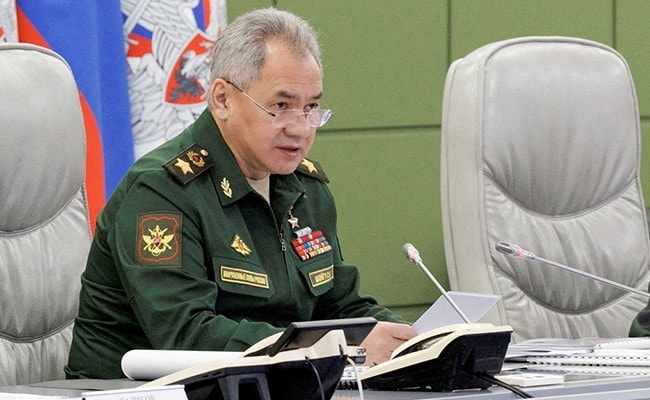 The meeting was held in Moscow with Russian Defence Minister Sergei Shoigu. (File)

The defence ministers of Russia, Turkey and Syria met in Moscow on Wednesday, the first such talks since a war broke out in Syria, the Russian defence ministry said.

It was also the first meeting between Turkish and Syrian defence ministers since the start of the war in 2011.

Russia and Turkey are involved in Syria, with Moscow supporting the Damascus regime against its opponents, and Ankara backing rebels.

The meeting came as Turkish President Recep Tayyip Erdogan has repeatedly threatened to launch a military offensive in northern Syria against Kurdish groups.

The sides “noted the constructive nature of the dialogue held in this format and the need to continue it in the interests of further stabilizing the situation” in Syria and the region, the defence ministry in Moscow said.

The Turkish defence ministry struck a similar note, saying the meeting was held in a “constructive atmosphere”.

“At the meeting, the Syrian crisis, the refugee problem and joint efforts to combat all terrorist organisations in Syria were discussed,” the ministry said in a statement.

On Saturday, Akar told reporters that Turkey was in talks with Russia about using Syrian airspace in a possible operation against the Syrian Kurdish YPG militia.

“We are holding discussions with the Russians about the opening of the airspace” in Syria, he said.

The Turkish and Syrian foreign ministers had a brief informal exchange on the sidelines of a regional summit in 2021 and Ankara had acknowledged contacts between intelligence services of the two countries.

In November, Erdogan said a meeting with Syrian leader Bashar al-Assad was a possibility, after cutting diplomatic ties with Damascus throughout the 11-year conflict.

In mid-December, he indicated that he could meet with Assad after the two countries’ defence and foreign ministers meet.

“We want to take a step as Syria, Turkey and Russia,” he said at the time.

Need To Be Careful Till 3rd Week Of January: Ex AIIMS Chief To NDTV