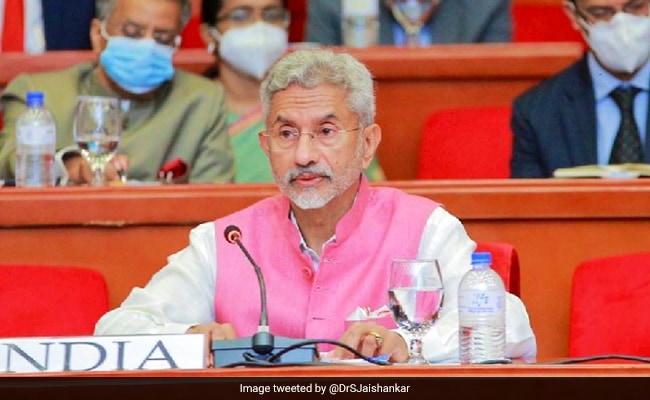 The Foreign Minister tweeted with the hashtag #NeighbourhoodFirst

Foreign Minister S Jaishankar today asked the Indian High Commissioner in Sri Lanka to help a hospital that has suspended surgeries because of the shortage of medicines. Mr Jaishankar said he felt “disturbed” at reading a Lankan journalist’s tweet in the middle of a massive economic crisis in the island nation.

“Scheduled surgeries at the Peradeniya Hospital were suspended due to a shortage of medicines. Only emergency surgeries are taking place – NewsFirst,” the journalist, Ayubovan, tweeted with the hashtag #EconomicCrisisLK.

The Indian Foreign Minister responded with the hashtag #NeighbourhoodFirst.

“Disturbed to see this news. Am asking High Commissioner Baglay to contact and discuss how India can help,’ Mr Jaishankar wrote.

Disturbed to see this news. Am asking High Commissioner Baglay to contact and discuss how India can help.@IndiainSL#NeighbourhoodFirsthttps://t.co/jtHlGwxCBL

The Foreign Minister was in Colombo to participate in a meeting of the BIMSTEC (Bay of Bengal Initiative for Multi-Sectoral Technical and Economic Cooperation) grouping. Five of its seven members are from Asia.

Sri Lanka is India’s key maritime neighbour in the Indian Ocean Region and occupy a special place in the Prime Minister’s vision of ‘SAGAR’ and “Neighbourhood First”.

Sri Lanka faces an economic crisis as it struggles to pay for essential imports of food and fuel after a 70% drop in foreign exchange reserves since January 2020 led to a currency devaluation and efforts to seek help from global lenders.