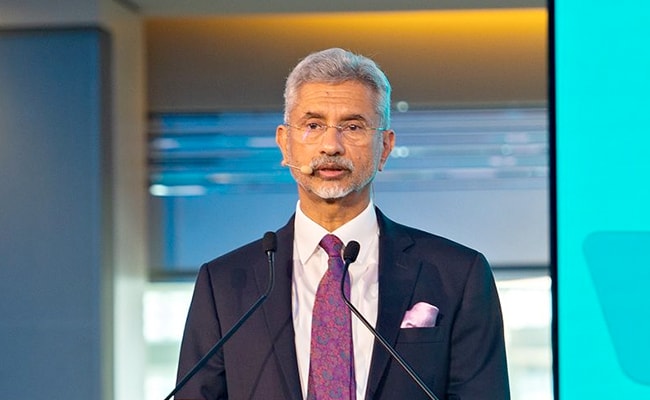 During his three-day visit starting from December 13 -15, Mr Jaishankar, on December 14, will preside over the High-Level Ministerial Open Debate on the theme of ‘New Orientation for Reformed Multilateralism’ [NORMS].

And, on the very next day, Mr Jaishankar will preside over the High-Level Briefing on ‘Global Approach to Counter Terrorism — Challenges and Way Forward’. Both these themes have been key priorities for India during its current tenure at the UN Security Council.

The primary focus of the Open Debate on Reformed Multilateralism is to encourage all member states to seriously address the pressing need for reforms in the global governance multilateral architecture, including the long-standing reforms of the UN Security Council. The meeting will also witness briefings by the Secretary General of the United Nations and the President of the 77th UN General Assembly, according to the statement.

Separately, the High-Level Briefing on Counter-Terrorism will seek to promote consensus amongst Council Members on the broad principles of a global counter-terror architecture and aim to further build upon the Delhi Declaration adopted during the Special Meeting of the Counter-Terrorism Committee held on 28-30 October in Mumbai and New Delhi.

During the visit, Mr Jaishankar will also unveil Mahatma Gandhi’s bust at the premises of the UN Headquarters. The bust, a gift from India to the United Nations, will be the first Gandhi sculpture installed at the UN Headquarters, the statement read.

The EAM is also expected to hold discussions with the UN Secretary-General and President of the General Assembly, as well as bilaterally engage with his counterparts attending the High-Level Signature Events of the Indian presidency.

A special photo exhibition showcasing India’s initiative on ‘International Year of Millets 2023’, along with a millets-based luncheon, will also be hosted by EAM for UN Secretary-General and UNSC member states, the statement added.