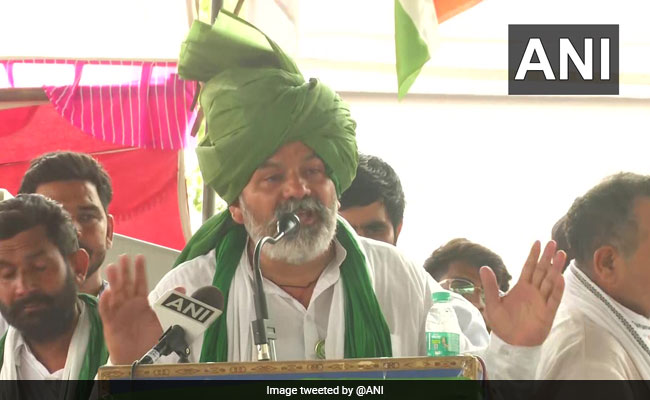 If you call us Khalistani, we would say Sarkari Talibani has occupied the country, Rakesh Tikait said.

Mr Tikait, during his address to farmers, said that such officers should be posted in Maoist-affected areas.

“It is very simple and clear, whoever he is, wherever he is from, no one should be allowed to reach there. We will not let this line be breached at any cost. Just pick up your lathi and hit them hard… It’s very clear, there is no need for any instruction, just thrash them hard. If I see a single protester here, I want to see his head smashed, crack their heads,” Mr Sinha is heard saying in the video.

“The 2018 batch IAS (Indian Administrative Service) officer’s video has gone viral. The officer later perhaps gave a clarification that he hadn’t slept for two nights… But he should know that farmers have not slept for 365 days. Action will be taken; in his training days officers were trained to be sensitive,” Mr Chautala said.

Some 10 people were injured on Saturday after the state police lathi-charged a group of farmers who had stopped traffic on a highway while heading towards Haryana’s Karnal to protest against a BJP meeting, where Chief Minister Manohar Lal Khattar, state BJP chief Om Prakash Dhankar and other senior leaders were present.