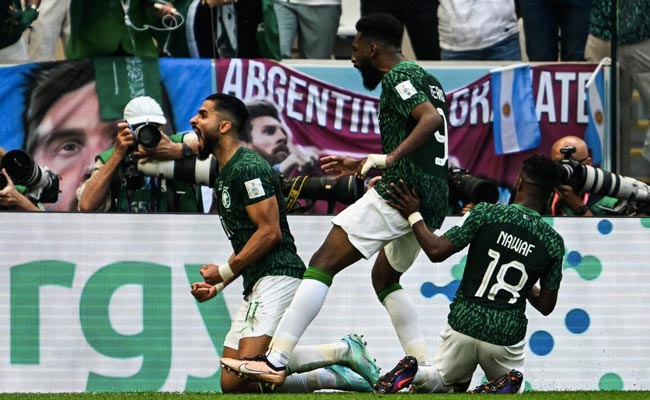 Prior to pulling off the surprise victory, Saudi Arabia had only previously won three World Cup games.

Saudi Arabia’s win over two-time FIFA World Cup champions Argentina 2-1 at the Lusail Stadium in Qatar was one of the biggest surprises this year. Many called Argentina’s defeat as the biggest upset in World Cup history.

With 48 places separating Argentina and Saudi Arabia in the world rankings, many had anticipated Argentina, led by football legend Lionel Messi, to easily defeat Saudi Arabia. Argentina has been unbeaten for three years and is one of the favourites to win the 2022 tournament.

The fans were on cloud nine and so did the entire people of Saudi Arabia. As per a report in UK-based Express, Saudi Arabia’s players will each be gifted a Rolls Royce by the country’s royal family after the stunning win. It is said that Prince Mohammed bin Salman Al Saud will present each of the players with an RM6 million Rolls Royce Phantom when they return from Qatar.

Following the incredible victory, shocked Saudis spontaneously organised dancing circles and waved their country’s flag, which included a sword design, from the windows of moving automobiles in Riyadh.

As per Arab News, the King had also announced a celebratory holiday in the country after a suggestion made by the Prince. The report quoted the Saudi Press Agency as saying that all public and private sector employees and students will be given a holiday.

Prior to pulling off the surprise victory, Saudi Arabia had only previously won three World Cup games.