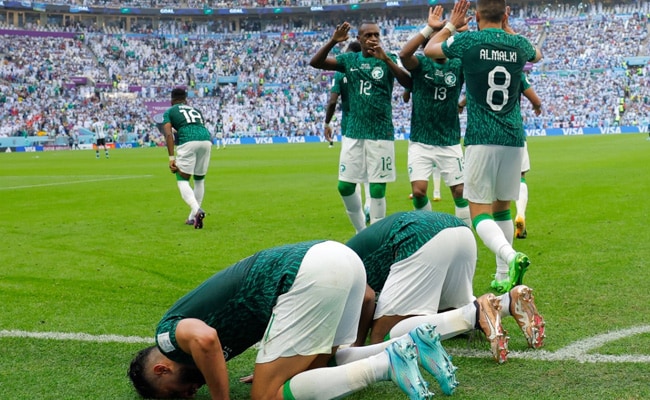 Saudi Arabia has declared a national holiday tomorrow after the football team’s 2-1 win against Argentina at the FIFA World Cup, state media reported. All public and private employees will get a holiday tomorrow, Saudi King Salman announced today. Schools will also remained closed.

The move comes in the middle of final exams in the Gulf nation, indicating that they will have to be rescheduled.

Turki al-Sheikh, an adviser at the Royal Court and head of Saudi Arabia’s General Entertainment Authority, announced on Twitter that admission fees would be waived at major theme parks and entertainment centres in the city on Tuesday.

Saudi Arabia bounced back from conceding an early Lionel Messi penalty to produce one of the greatest World Cup shocks thanks to a Saleh Al-Shehri equaliser and a sublime Salem Al-Dawsari winner at the Lusail Stadium in Doha.

Celebrations erupted throughout the capital Riyadh after the final whistle blew, with fans forming impromptu dance circles and waving the sword-emblazoned national flag from the windows of speeding cars.

“In Heat Of Moment”, Says Aaftab Poonawala In Court On Killing Girlfriend