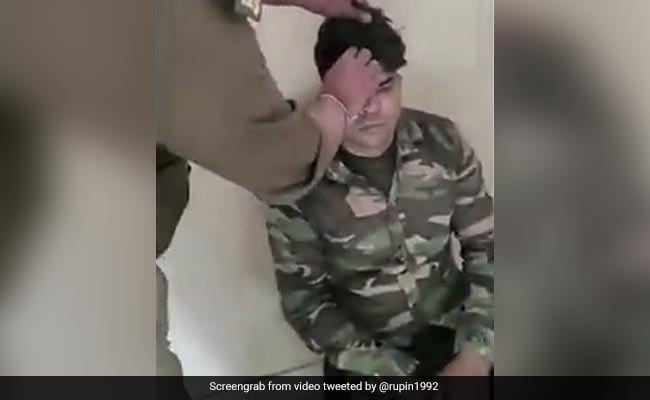 A UP Police candidate’s attempt at cheating was foiled recently.

A video of police personnel uncovering the candidate’s scheme was shared by IPS officer Rupin Sharma on Twitter. The video showed how crafty the candidate had been in his attempt to subvert the system. He had two tiny, wireless earpieces connected to a chip hidden inside his wig, nicely tucked onto his head.

Police officials had difficulty taking out the earpieces inserted deep inside the candidate’s ears. A narrator said in the video that the person was caught with the use of metal detectors. Had he passed the detection, it would have been difficult to catch him.

Commenting on the IPS officer’s post, a few people wondered how the police pulled out the earpieces. Some were just awed by the length the candidate went to cheat — instead of preparing for the test.

“Too much effort, I would better prefer studying,” said one user.

Too much effort I would better prefer studying…

A person said that the candidate did not know that the administration had anticipated such attempts and made arrangements to foil them.

Some, however, joked that the candidate deserved to be “especially” hired by the police.

What do you have to say about this?