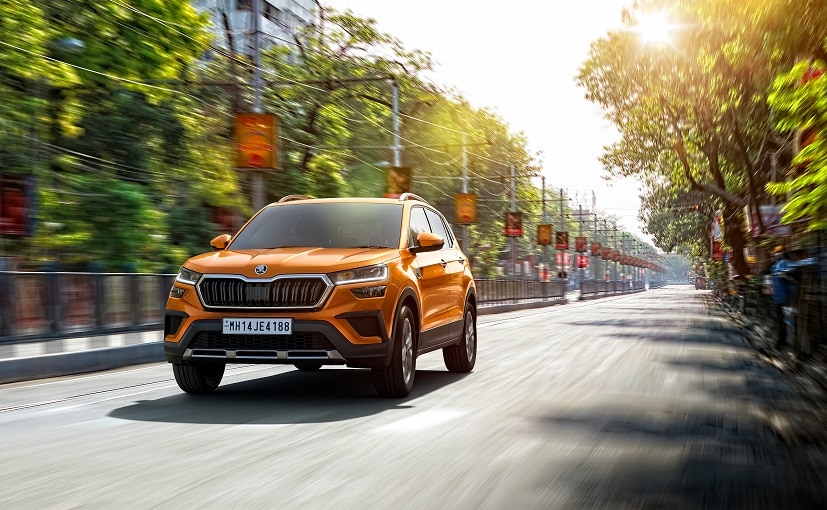 Skoda Auto Volkswagen India has officially revealed the highly-awaited Kushaq compact SUV in India. It is the first product under the carmaker’s India 2.0 product strategy.

The Skoda Kushaq compact SUV is based on the MQB A0 IN platform which also underpins Volkswagens Taigun.

Skoda Auto India has finally revealed the production-spec Skoda Kushaq compact SUV in India. It is the first product from the carmaker under India 2.0 product strategy. The carmaker gave us the first glimpse of the SUV at the Auto Expo 2020 in the form of the Vision IN concept. With a localization of 95 per cent, we can expect competitive pricing for the SUV. The production name of the SUV was officially revealed in January this year. The word ‘Kushaq’ is derived from the ancient Indian language – Sanskrit, which denotes a king or emperor in Sanskrit. 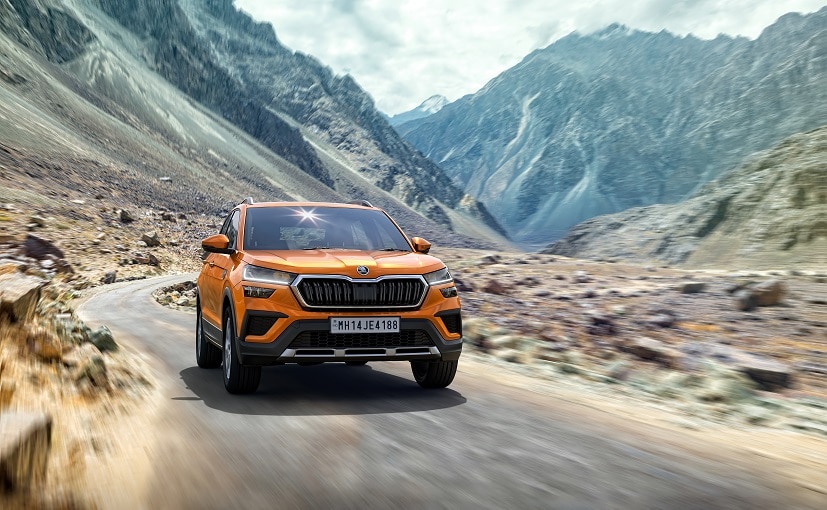 Visually, the production-spec version of the Kushaq is very similar to the Vision IN concept. Upfront, there is Skoda signature-style chrome-finished grille, which is flanked by split headlight and LED DRLs. It also comes with sporty 17-inch dual-tone alloy wheels, dual-tone bumpers and Skoda lettering on the tailgate. The LED taillights get the typical crystalline elements, giving it the familial Skoda SUV design cues. However, the lower and mid variants of the SUV will get 16-inch steel rims and 16-inch alloys, respectively.

Dimensionally, the SUV measures 4,221 mm in length, 1,760 mm in width and 1,612 mm in height. It gets the longest wheelbase in the segment, which stands at 2,651 mm. It has a ground clearance of 188 mm. The compact SUV will be available in five colours – Candy White, Brilliant Silver, Carbon Steel, Honey Orange and Tornado Red, wherein the last two colours are exclusively for the Kushaq. 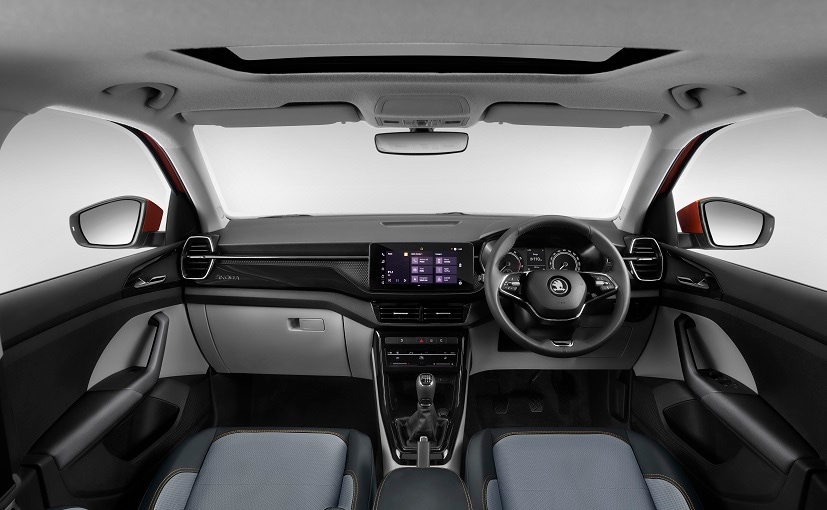 The cabin of the Kushaq is neatly designed, underlined by a free-standing 10-inch infotainment system

On the inside, the cabin of the SUV is well-balanced and neatly designed with a dual-tone paint scheme. It also gets a 10-inch infotainment system with Apple CarPlay, Android Auto, and wireless MirrorLink, ventilated front seats, AC vents at the rear, MID instrument console, cruise control, ambient lighting, a seven-speaker music system, two-spoke steering wheel, auto-dimming IRVMs, steering-mounted controls, wireless charger, My Skoda Connect, and more. The Skoda Kushaq has the longest wheelbase in the segment, which stands at 2,651 mm

Mechanically, the Skoda Kushaq SUV will be offered with a choice of two petrol engines – a 1.0-litre three-cylinder TSI and a 1.5-litre four-cylinder TSI. While the former will be tuned to make 113 bhp of maximum power, the latter will belt out 147 bhp. Transmission options will include a 6-speed manual gearbox along with optional 6-speed automatic transmission (1.0-Litre TSI) and 7-speed DSG (1.5-litre TSI).