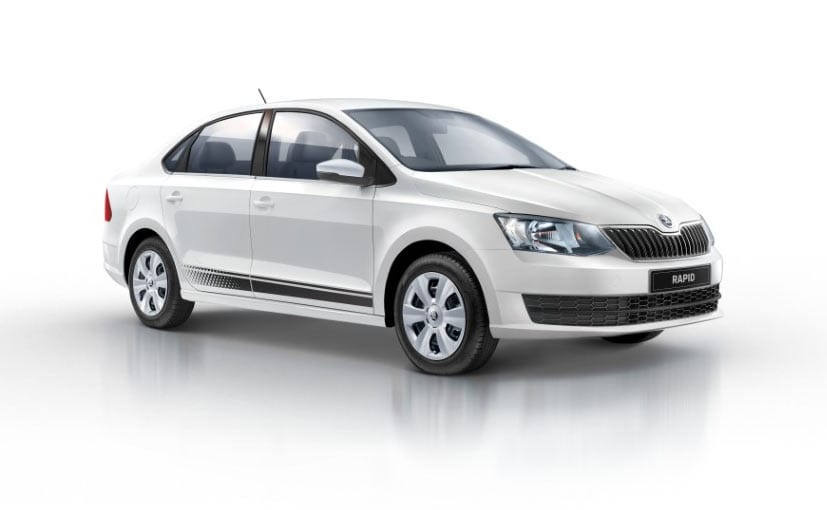 The Skoda Rapid Rider Plus variant was positioned above the entry-level Rider variant and brought cosmetic and feature upgrades at a marginal premium, adding more value to the sedan.

Skoda Auto India has discontinued the Rapid Rider Plus variant from the compact sedan’s line-up. Zac Hollis, Brand Director – Skoda Auto India confirmed the development while responding to a user query on Twitter. Hollis also confirmed that limited stocks of this variant are now available with dealers. The Skoda Rapid Rider Plus variant was introduced in the country last year and was priced at ₹ 8.19 lakh. It was positioned above the entry-level Rider variant that currently retails at ₹ 7.79 lakh (all prices are ex-showroom). It arrived at an accessible price point for those looking at a turbo petrol sedan on a budget with a decent list of features.

Yes the Rapid Rider plus campaign model is no longer I production. We now have just limited stocks available in the network

Readers should also know that since this is a specific variant being discontinued, it will have no impact on the after-sales and service for those who’ve bought it. The Skoda Rapid Rider Plus was equipped with features like a 6.5-inch touchscreen infotainment system with Apple CarPlay, Android Auto, and SmartLink connectivity, automatic climate control, dual-tone interior theme, and a foldable arm-rest. The model was equipped with steel wheels with wheel covers. 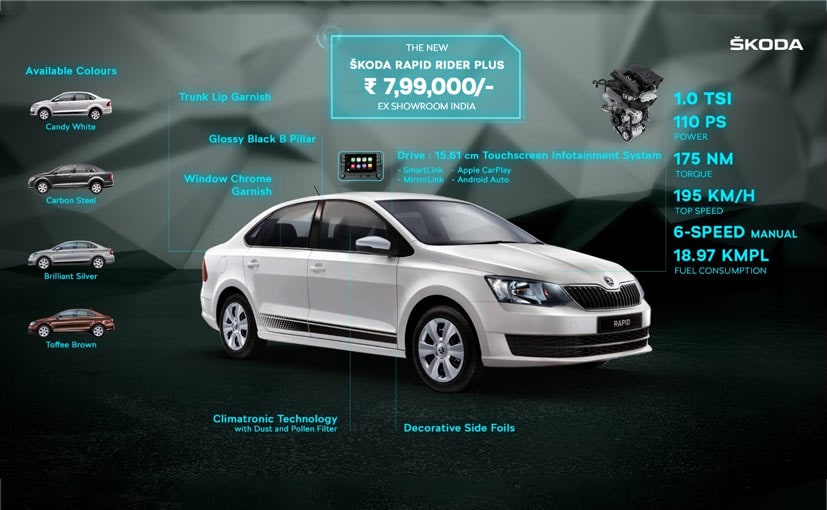 The variant also brought visual enhancements including a blacked-out grille, a lip spoiler, a blacked-out B-pillar, dual airbags, ABS with EBD, rear parking sensors, and height-adjustable seatbelts. Unlike the Rider variant that was available in only the white shade, the Rider Plus was offered in Candy White, Carbon Steel, Brilliant Silver, and Toffee Brown.

There will be no impact. The Rapid Rider and Rider plus are campaign models based of Rapid and we have a huge vehicle park to maintain and service pan India.

The Skoda Rapid Rider Plus variant used the same 1.0-litre TSI petrol engine with 108 bhp and 175 Nm of peak torque and it comes mated to a 6-speed manual gearbox. There’s also a six-speed torque converter. The Rapid may be a little long in the tooth but still remains a quality buy for those looking at a fun to drive vehicle. Meanwhile, Skoda Auto is working to introduce a new compact sedan that will make its global debut in India later this year. The upcoming offering will be the second model based on the MQB-A0-IN platform.