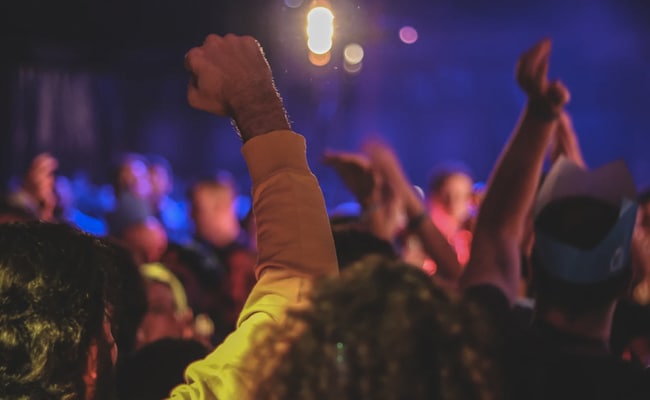 It was the biggest such gathering since the start of the pandemic, media said. (Representational)

Around 25,000 people joined a massive outdoor drinking party marking the start of term at a Madrid university without observing safety precautions, police said Saturday, admitting they were caught off-guard.

Spanish media said it was the biggest such gathering since the start of the Coronavirus pandemic when large public gatherings were halted to stop the spread of the virus.

“There were thousands of people on the grounds of Complutense University, about 25,000,” a municipal police statement said, indicating the gathering appeared to have been organised online via Whatsapp.

Images on social media showed vast crowds of beaming youngsters gathered on the campus, drinking, dancing and hanging out with hardly a mask in sight.

“Without prior warning from the university or time to prepare an appropriate operation, breaking up a gathering of some 25,000 people is an almost impossible job,” police said, indicating they had only reached the site after midnight.

Unable to disperse the partygoers the police, backed by drones, tried to keep the peace and ensure there were no incidents, especially on the nearby roads and public transport, staying at the site until dawn.

At the weekends, police in Madrid routinely deploy an extra 200 officers to break up outdoor drinking parties, known in Spanish as “botellones”.

A similar gathering took place overnight in Barcelona, where around 8,000 youngsters joined an all-night party on the campus of the city’s Autonomous University, the rector told the Catalan radio station RAC1.

Although Spain has lifted many of its pandemic safety restrictions, people are still required to wear masks outdoors if they are unable to maintain a 1.5-metre (five-foot) safety distance from those around them.

And large gatherings remain banned, although the numbers vary from region to region.

But some people have dropped their guard given the rapid pace of the vaccination programme, with more than 75 percent of Spain’s 47 million residents now fully vaccinated.

Despite a wave of new infections over the summer due to the Delta variant, cases have once again fallen in Spain which has a national incidence rate of 91 cases per 100,000 people, the lowest in over a year.

According to the latest figures published on Friday, Spain registered 3,222 new cases and 44 deaths over the previous 24 hours, raising its total number of infections to 4,929,546 and its overall death count to 85,783.