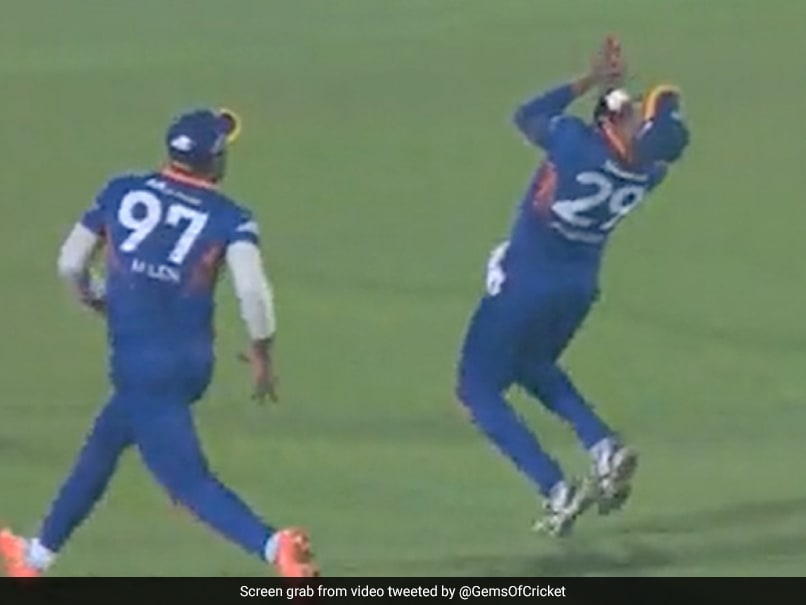 Chamika Karunaratne hurts himself while trying to take a catch in Lanka Premier League.© Twitter

Injuries are a part of sport. Even in cricket, which is not a contact sport, injuries are not rare. Having said that, a rare injury took place during a Lanka Premier League game on Wednesday. During a match between Kandy Falcons and Galle Gladiators, Sri Lanka all-rounder Chamika Karunaratne lost four teeth while taking a catch. Chamika was fielding inside the circle on the off side and ran back to take a catch.

However, he could not judge the ball properly. The ball hit him on his face before he could collect it.

He was in pain and urged his teammates not to celebrate the wicket with him.

It was later revealed that Karunaratne was admitted to a hospital in Galle and the Falcons management said that he will be ready for the next stage of the tournament.

“Chamika Karunarathne is out of today’s game. He lost four teeth in the accident and is on his way to the Galle for immediate surgery with Team Doctor. He’s stable and will be available for the Kandy stage,” Kandy Falcons Team Director, Shyam Impett, told the media.

Gladiators posted a modest total of 121/8 after electing to bat first in Hambantota.

In reply, the Falcons chased down the total with five wickets and as many overs to spare.

Falcons sit top of the points table with two wins from two matches, while Gladiators are third with zero points from their first two games.