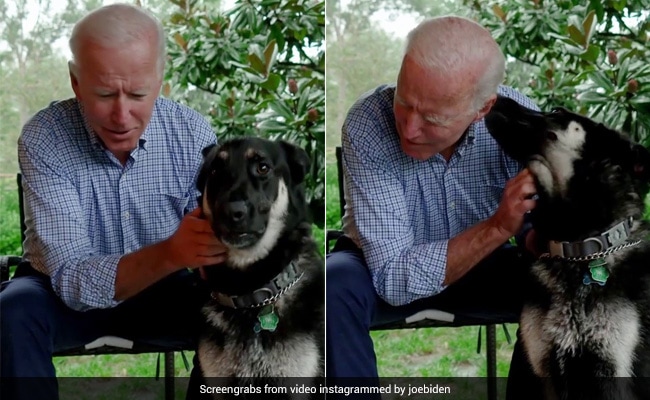 President Joe Biden said his beloved dog Major, who got into major trouble after biting someone at the White House, is undergoing training and has not been banished.

“Eighty five percent of the people there love him. He just, all he does is lick them and wag his tail,” he said.

Although Major and his elderly fellow German Shepherd companion Champ were sent back to the Biden family residence in Delaware after the biting incident, the president said this was more to do with the fact that First Lady Jill Biden was going to be away from the White House traveling.

“I didn’t banish him to home,” Biden said.

Three-year-old Major caused a stir at the White House earlier this month after taking a nip at a security agent.

Biden said the dog was merely being protective after getting startled by one of the many Secret Service guards stationed around the White House.

“You turn a corner, and there’s two people you don’t know at all,” Biden said, “and he moves to protect.”

Biden said the bite did not “penetrate the skin.”