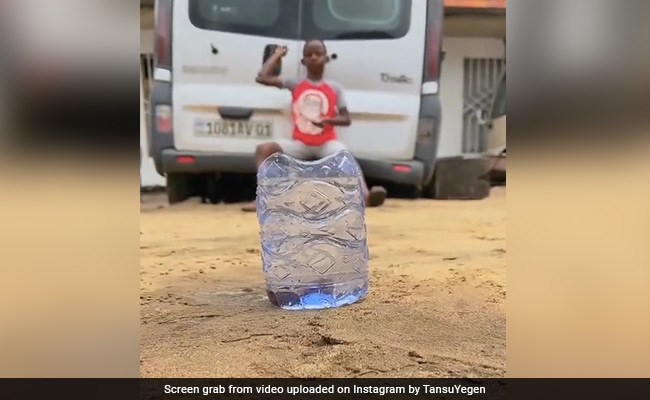 The video has gathered more than 4 million views on Twitter

A hilarious video of a young boy throwing stones towards a cut-up water bottle is going viral. After the boy successfully lands a few stones inside the container, the camera zooms out we can see another boy sitting close to the container and dropping the stones.

The cameraman does a good job and it seems that the first guy had a perfect aim. The undated video is winning hearts on the internet and is teaching netizens an important lesson.

Social media videos might be misleading the level of the talent😊 pic.twitter.com/Lv9ivtMeOg

So far, the video has gathered more than 4 million views on Twitter and it has triggered an array of reactions on social media platforms. A user wrote, “Perspective really everything in this world “.

Another user wrote, “These two have a future in movie production. I hope their vision is fun and beautiful because they clearly can do it.”

The third user wrote, “This young man has practised this for a very long time and he is now a pro.”

The fourth user commented, “I remember when I was a young boy, back in 1987, my grandfather sat me down and said “Alan you can’t believe everything you see on TikTok” and that’s really stuck with me.”