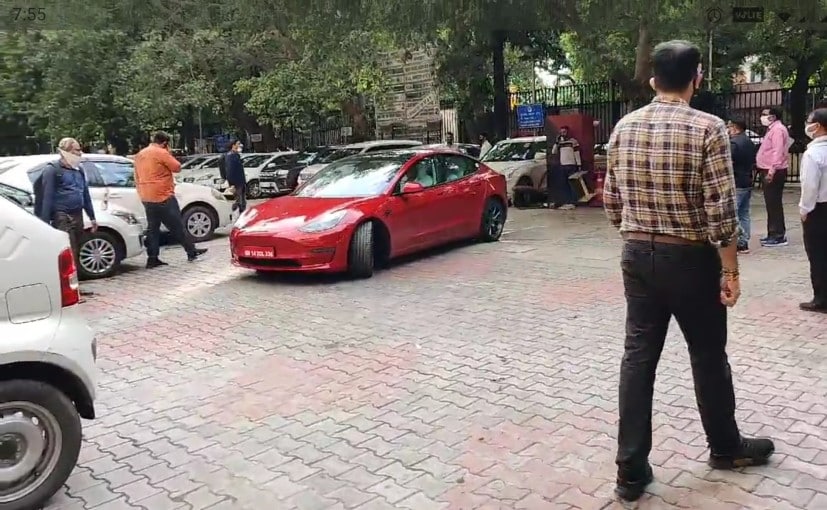 The Tesla Model 3 was seen with a company official taking the MoRTH secretary for a short test drive post a meeting in the national capital.

There’s been enough and more said about Tesla coming to India. With American electric carmaker looking at potential dealership locations and the electric cars already testing for different agencies, the launch seems closer than ever. Adding more to the speculation is the recent meeting of Tesla India official with the Secretary, Road Transport & Highways Ministry, Giridhar Aramane in Delhi. The video shows the Tesla Model 3 at the government office, with the Secretary in the passenger seat as the Tesla representative took the government official for a small test drive in the Model 3 sedan.

While details of the meeting remain under wraps, it certainly adds hypes up Tesla’s arrival in the country. Back in January this year, co-founder Elon Musk confirmed the brand’s India entry via a tweet. But unlike the previous years, there has been some movement on the ground with the same. Tesla is reportedly looking for spaces in Delhi, Mumbai and Bengaluru for its showrooms in the upscale areas of the respective cities. 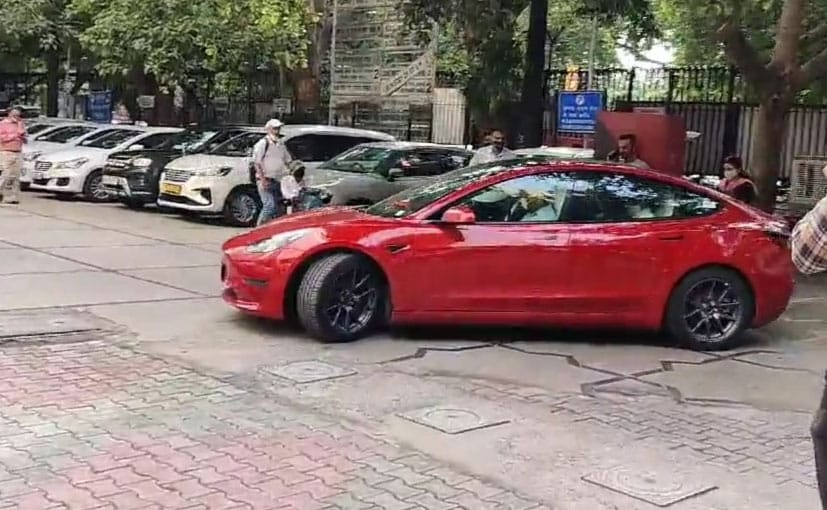 A previous report indicated that Tesla asked the Indian government if the import duty could be reduced from the current 60-100 per cent to 40 per cent. In addition, the company also asked the government if the 10 per cent social welfare surcharge could be waived off. Levied on all imported cars, it’s used to fund healthcare and education programs across the country. In its response, the Ministry of Heavy Industries and Ministry of Finance asked Tesla to increase localisation and share ramp-up plans along with considering local assembly of cars, for any tax breaks.

There has been no update since on tax breaks for the electric carmaker. This would also open debate about why special favours to Tesla when brands like Mercedes-Benz, Audi and Jaguar are paying full import duties to introduce electric cars here. 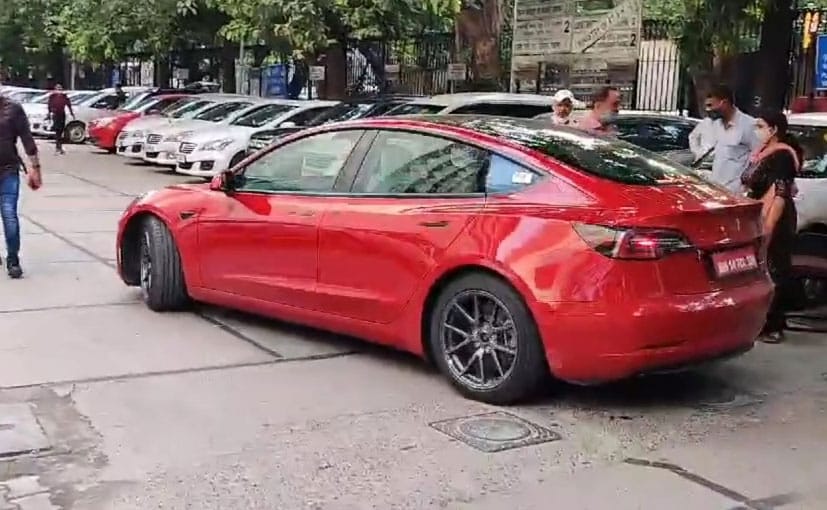 Meanwhile, the Tesla Model 3 is expected to be the brand’s first offering in India. The entry-level sedan in Tesla’s range is priced from $35,000-44,000 (approx. ₹ 26-33 lakh) in the US but could be priced in excess of ₹ 60 lakh in India. Tesla could bring both the standard and long-range versions of the car that offer 423 km and 568 km respectively.