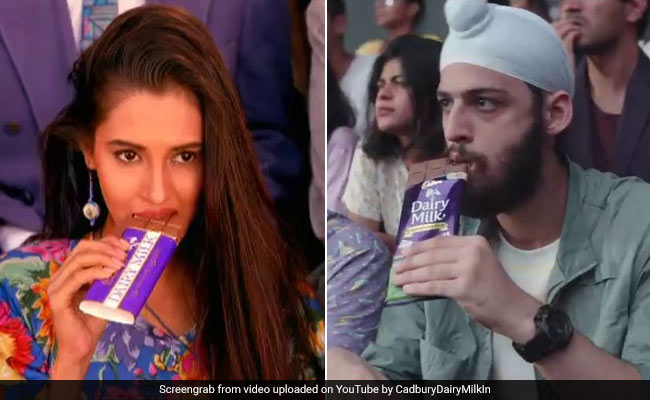 Cadbury Dairy Milk has recreated its iconic ad from the 1990s

In the 1990s, confectionery giant Cadbury launched an iconic advertisement featuring model Shimona Rashi. Dressed in a floral outfit, she sat on the sidelines of a cricket match, eating a bar of Cadbury Dairy Milk. When the cricketer – presumably her boyfriend – scored the winning run, she zoomed past security to celebrate with a dance on-field while the “asli swaad zindagi ka” tagline played in the background. The advertisement, conceived by ad agency Ogilvy, was largely credited for changing the perception that chocolates were only meant for children. In a cricket-crazy nation, the fact that the video focused on a cricket match certainly did not hurt.

More than a quarter of a century later, Cadbury has reimagined its iconic advertisement – changing little except gender roles. This time, it is a women’s cricket match in progress that is being observed by a man on the sidelines, munching on Dairy Milk. When his girlfriend scores the winning six, he breaks into a celebratory dance and rushes onto the field to hug her.

In a country where cricket has, for decades, been largely synonymous with men’s cricket, the advertisement marks a shift in popular perception of the game. Social media users were quick to notice Cadbury’s nod to its iconic advertisement and praised the company for turning gender roles on their head.

“Take a bow, Cadbury Dairy Milk and Ogilvy,” communications consultant Karthik Srinivasan wrote while sharing the two ad films. “A simple, obvious twist that was long overdue, and staring right at all of us all this while!” he added.

Oh wow!! Take a bow, Cadbury Dairy Milk and Ogilvy 🙂 A simple, obvious twist that was long overdue, and staring right at all of us all this while! pic.twitter.com/Urq8NXtg7W

An iconic campaign, a contemporary twist and so many relevant messages!

Many others echoed their sentiments, praising the ad and its message.

Remake of one of India’s most loved ads.

With this role reversal ad we can see how much women have progressed in the Indian society whilst the emotions of success and victory still remain the same.https://t.co/BqZEjegpgA#chocolates#advertising#adcampaigns#adindia#cadburypic.twitter.com/jhJC08jusA

My Uncle made the original one. He was Head of Video at Ogilvy at the time and we remember cheering him. What a cool gender reversal to witness in one’s lifetime #VikramBangerahttps://t.co/6CkN7ZCb7E

Filmmaker Tahira Kashyap was among those who loved the reimagined ad

Anil Viswanathan, senior director – marketing, Mondelez India, told Storyboard that the ad celebrates women achievers – both in sports and in life. “It was a young creative in Ogilvy who came up with the idea and we instantly loved it. Clearly that ad was iconic, it created a trend and it was culture leading at that point in time and we feel that this representation also has the potential to be culture leading,” he said.