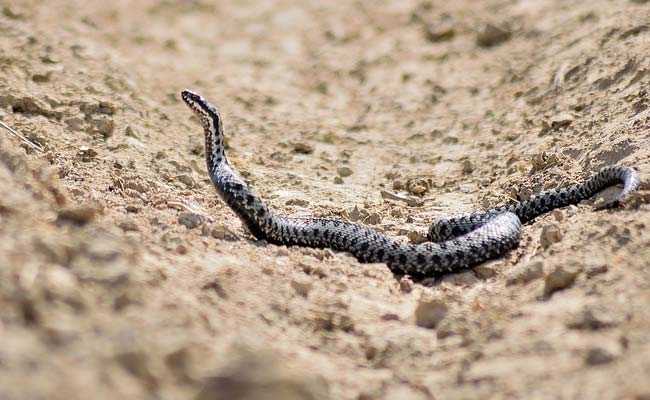 The little girl was rushed to a hospital after the incident. (Representational Photo)

A two-year-old girl responded to a snake biting her lip by biting it back and killing the reptile, according to a report in news.com.au. The shocking incident took place in the village of Kantar, near Bingol, in Turkey, on August 10, said the outlet. Her neighbours performed first aid and rushed little girl to a children’s hospital after the incident where she was placed under observation for 24 hours. She is now reported to be well and recovering, news.com.au further said.

The two-year-old, who has been identified by her initials SE, was playing in the backyard of her home when she started screaming loudly. The neighbours immediately rushed to check the toddler and were shocked to find a bite mark on her lip and a 50-centimetre snake clamped in her mouth, according to the outlet.

The youngster managed to kill the unwanted guest in her backyard with her teeth.

“Our neighbours have told me that the snake was in the hand of my child, she was playing with it and then it bit her. Then she has bitten the snake back as a reaction,” the girl’s father Mehmet Ercan was quoted as saying by news.com.au.

He was at work when the incident took place.

Newsweek said in a report that 45 species of snake are found in Turkey and 12 of them are venomous. Since the girl is doing fine, the outlet said she was bitten by a non-venomous species of the snake.

According to World Health Organisation (WHO), children are more vulnerable to the venomous effects of snake bites compared to adults due to their smaller body mass.

Snake venom is dangerous because it contains neurotoxins that interfere with nerve impulses. Some dangerous effects of snake bite are paralysis, hemorrhage, tissue damage and organ failure.