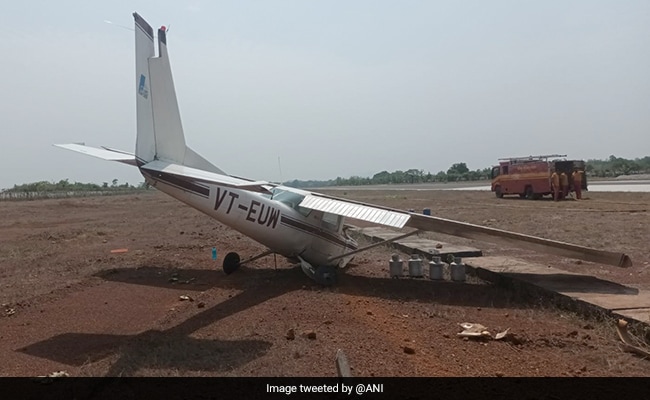 Odisha: The injured pilot was rescued and hospitalised. His condition is stated to be stable.

A trainee pilot was injured when the aircraft he was flying nose-dived at Birasal Airstrip in Odisha’s Dhenkanal district during take-off on Monday, police said.

The incident took place during a training session between 2.30 pm and 3 pm and the aircraft fell from a height of around 15 feet.

The injured pilot was rescued and admitted to Kamakhyanagar Hospital for treatment, where his condition is stated to be stable.

The trainee pilot, who hails from Maharashtra, had enrolled himself with the Government Aviation Training Institute (GATI) for pilot training.

The VT-EUW aircraft sustained damages to the nose cone and the airstrip authorities informed the GATI officials about the incident.

Two people had died during a similar incident on the airstrip in 2020, police sources said.