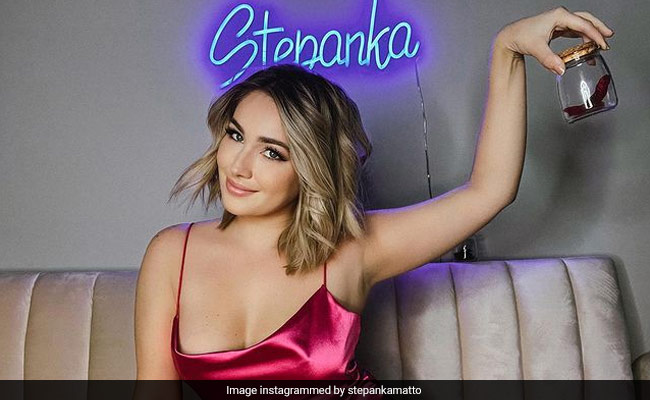 Stephanie Matto made a small fortune selling her farts – but now she’s retiring.

An American reality TV star has given up on her career of selling farts in a jar after being rushed to the hospital. Stephanie Matto recently revealed in a TikTok video that she had an unusual side hustle – she would bottle up her farts and sell them for as much as $1,000 a jar. The demand for her pungent product was so high that Ms Matto was selling 50 jars a week at one point, reports Metro News.

However, the 90 Day Fiance star has had to give up on her lucrative side business after a health scare. Ms Matto announced her retirement from selling farts after she was rushed to the hospital.

“I thought I was having a stroke and that these were my final moments. I was overdoing it,” she was quoted as saying by Ladbible. To keep up with the demand, Stephanie Matto had switched to a high-fiber diet of beans, eggs and protein shakes.

The 31-year-old said she had consumed three protein shakes and a huge bowl of black bean soup the day she was rushed to the hospital – all in an attempt to fart more.

“It was quite hard to breathe and every time I tried to breathe in I’d feel a pinching sensation around my heart,” she recalled.

“And that, of course, made my anxiety escalate. I actually called my friend and asked if they could come over to drive me to the hospital because I thought I was experiencing a heart attack.”

When Ms Matto arrived at the hospital, she was relieved to learn she was not having a heart attack or a stroke. “It was made clear that what I was experiencing wasn’t a stroke or heart attack but very intense gas pains,” she said.

“I was advised to change my diet and to take a gas suppressant medication, which has effectively ended my business.”

Fart jars are going digital! Today at 3pm be one of the lucky people to purchase a digital fart jar NFT and own a piece of viral worldwide history! some jars come with redeemable physical jars and other fun collectibles! Begins today, jan3rd at 3pm EST https://t.co/4GoN7fVI1spic.twitter.com/QYqVv2Tsux

Though her clients may not be able to buy fart jars anymore, they can purchase them as digital artworks.