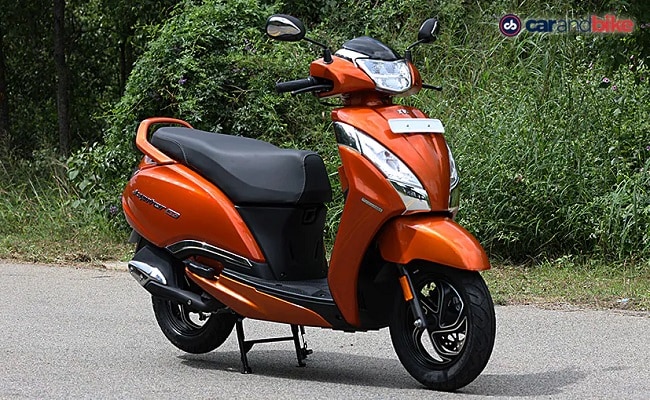 TVS reported domestic scooter sales were up by 57 per cent.

TVS Motor Company announced its April 2022 sales reporting 24 per cent growth in sales overall. The company said that it sold a total of 2,95,308 units in both domestic and foreign markets combined as against last April’s total of 2,38,983 units. The company recorded year on year growth in sales across the board – two-wheelers (up 24 per cent), three-wheelers (up 20 per cent), EVs (up 362.5 per cent) and exports (up 6 per cent). Motorcycle sales in the domestic market were up 4 per cent over April 2021.

Two-wheeler exports were also up with the company reporting a growth of 5 per cent year on year. Overall exports were up 6 per cent.

In the EV space, sales for the TVS iQube shot up from just 307 units in April 2021 to 1,420 units in April 2022 – up 362.5 per cent. This growth in numbers could be attributed to the scooter becoming available across more cities over the course of the past financial year. In the three-wheeler segment, TVS reported sales of 15,286 units in the month, up 20 per cent over what it reported in April last year.