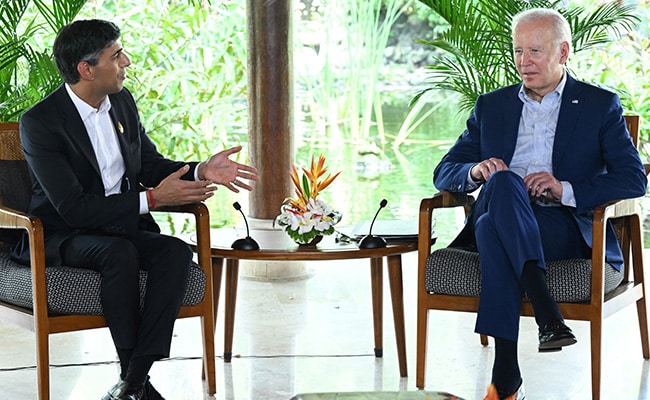 Joe Biden met Rishi Sunak on the sidelines of the G20 summit in Bali.

US President Joe Biden said on Wednesday Britain was America’s closest ally and closest friend, during his first face-to-face meeting with Rishi Sunak since he became British Prime Minister.

Meeting on the sidelines of the G20 summit in Bali, Sunak said the partnership between the two countries was unique and their values and interests were aligned.