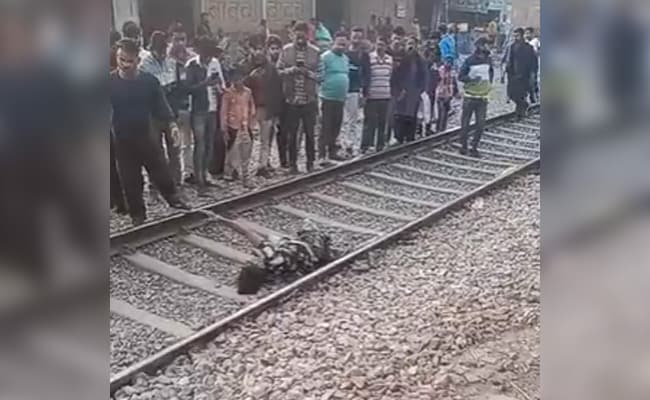 In videos recorded by locals, the 18-year-old can be seen lying on the tracks and crying for help

The police were reportedly clearing encroachments, mostly occupied by vegetable sellers, near a railway station in Kanpur.

Eyewitnesses said Arsalan, a resident of Sahib Nagar in Kanpur’s Kalyanpur area, was selling vegetables on the side of GT road when two policemen approached him. According to eyewitnesses, the two beat Arsalan after which head constable Rakesh threw his weighing scale on the tracks

Arsalan hurried to retrieve the scales from the tracks and was hit by an oncoming train and his legs were severed, they added. In videos recorded by locals, the 18-year-old can be seen lying on the tracks and crying for help as two policemen carry him away.

“The police were removing encroachments near GT road on Friday when head constable Rakesh behaved irresponsibly and Arsalan was run over by the train. Rakesh Kumar was immediately suspended and we are investigating the matter. Police are also gathering videos of the incident recorded by eyewitnesses,” Vijay Dhull, a senior police official in Kanpur said in a statement

“Get Them Married At 18-20”: Assam’s B Ajmal Advice For Hindu Girls