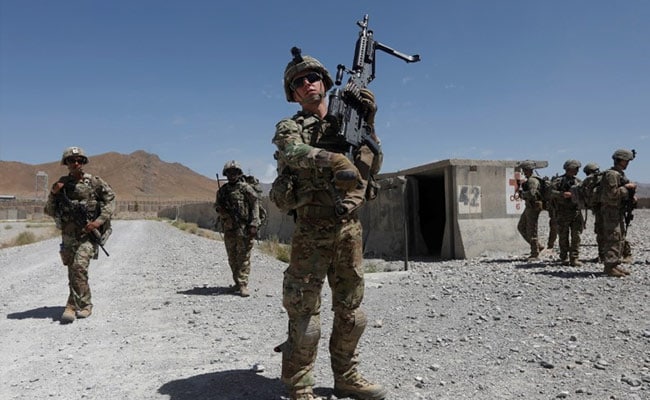 The United States called Tuesday for an end to violence in Afghanistan, blaming Taliban insurgents for much of the bloodshed, three days ahead of a visit by President Ashraf Ghani to the White House.

“We continue to call for an end to the ongoing violence that has been driven largely by the Taliban,” Price said.

The Taliban captured Afghanistan’s main border crossing with Tajikistan Tuesday, officials said, with security forces abandoning their posts and some fleeing across the frontier.

The taking of the far north Shir Khan Bandar was the most significant gain for the Taliban since the United States began the final stage of its troop withdrawal in May, with peace talks between the insurgents and Kabul deadlocked.

“The violence must cease,” Price said.

“We continue to believe that negotiated settlement between the Islamic Republic and the Taliban is the only way to end 40 years of war, and to bring Afghans the peace they seek,” Price added.

The Taliban have stepped up attacks since US troops started pulling out in a withdrawal that is proceeding quickly.

But the Pentagon hinted Monday that it might be slowed intentionally to confront the insurgent attacks, even though the September 11 target date for completing the pull-out remains sacred.

On Friday, President Joe Biden will meet with Ghani and with Abdullah Abdullah, who is overseeing the government side in the peace talks with the Taliban.