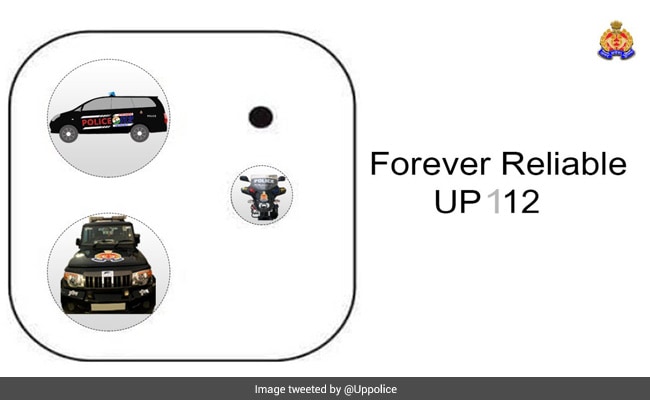 A meme shared by the Uttar Pradesh police department on Twitter.

The latest models of the iPhone have once again become a favourite topic among meme makers. Apple, on September 14, announced four new iPhones: iPhone 13 and iPhone 13 mini, iPhone 13 Pro and iPhone 13 Pro Max. And, the meme trend about iPhone 13 series is taking the Internet by storm. Twitter is where we are getting to see all the fun. According to the funny memes, iPhone 13 is different from its earlier instalment, the iPhone 12, in only one way: the camera orientation. Not true, since Apple has made several improvements in its iPhone 13 lineup – but humorous representations on social media care little for technicalities.

Uttar Pradesh police department was the latest to join the iPhone meme trend. Making a pun on the name of the brand, the official Twitter account shared a meme with the note, “The Apple Of Everyone’s Eye – UP 112 is your very own superpower. UP Police’s swift, reliable and all-weather emergency helpline “. The meme features three images of police vehicles placed on what looks like the camera framework of the iPhone. Along with it, the meme said, “Forever reliable UP 112,” with the number 12 in bold.

The Apple Of Everyone’s Eye – UP 112 is your very own superpower.
UP Police’s swift, reliable & all-weather emergency helpline! pic.twitter.com/IecqVvT4j6

Several other brands have been shared Apple iPhone memes since the iPhone 13 was launched earlier this week. Food delivery app Zomato had us laughing with a food-themed representation of the two phones. The post reads, “iPhone 12 vs iPhone 13.” In the photos, we see two square plates of burgers. The first plate has the burgers aligned in a vertical line but in the second plate, the burgers are placed diagonally. We noticed the change in position of the sauce bowl too.

The memes can become a foodie’s delight. Why not if KFC India also jumps on the bandwagon? Their Twitter page shows a photo where three bowls of different kinds of dips are placed inside a rounded square. It read, “Will it be finger-clicking good?” The caption hinted at iPhone 13 and went like this, “So, 13 pieces hot and crispy?”

An old Spiderman meme was resurrected to add to the fun. The picture shows not one but many superheroes, dressed in the same costume and pointing at one another. The comparison was between the iPhone models.

Do you see the differences between the iPhone 13 and the rest of the iPhones? Well we don’t see much difference besides the colors and the vaccination option ????#iphone13series#iPhone13#Memespic.twitter.com/v2ThuhbvDS

This user posted old stills of Salman Khan. In one, we see the actor wearing a vest. In the other, the actor is in a three-piece suit. “iPhone 12 and iPhone 13,” the caption read.

Here’s another meme based on Bollywood:

Apple fans trying to differentiate between iPhone 13 and 12 #AppleEventpic.twitter.com/5NJyDAOBuJ

Another posted a photo of a man wearing a blue shirt. He held an exact replica of the blue shirt in a gift box and looked happy. The man represented iPhone users and the shirts, the two iPhone models.

That’s what we call a new iPhone with new features with new processor and with new OS.#AppleEvent#Apple#AppleEvent2021#MEMESpic.twitter.com/GRlChylKeS

A user noted that both the iPhones are expensive with a hilarious representation:

Doesn’t matter if it is 12 or 13, it will cost us our kidneys????#appleiphone#iphone13#applelaunch#trending#apple#socialsamosa#socialmedia#advertising#memes#momentmarketing#TopicalSpotpic.twitter.com/ttPY6xKbO1

Seems like iPhone 13 has rustled up a lot of feathers in the meme world already.