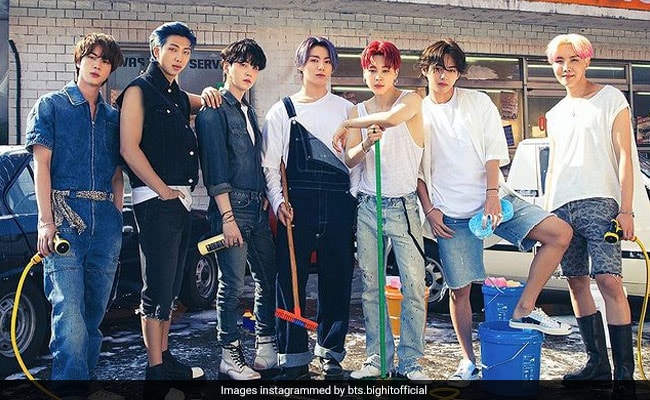 #BTS was one of the most-tweeted hashtags in India so far this year.

Hashtags related to the South Indian film industry made up six out 10 of the most-tweeted hashtags in the country so far in 2021, data released by Twitter shows. On Hashtag Day, Twitter released the top 10 most-tweeted hashtags of the first half of 2021, proving that fans from Tamil Nadu, Telangana and Andhra Pradesh, Kerala, and Karnataka dominated the microblogging platform. Hashtag Day is celebrated every year on August 23 – the day the hashtag was born on Twitter in 2007. “Over the years, it has evolved from a user-created way to categorise or ‘tag’ Tweets, to become part of our everyday speech, changing the nature of communication online and becoming one of the most influential symbols of the digital age,” said Twitter in a statement.

The platform looked at tweets between January 1 and June 30 to compile a list of the most-used hashtags, ranked by the total number of tweets that contain the given hashtag.

Here is a look at the 10 most-tweeted hashtags in India in the first half of 2021:

Telugu legal drama Vakeel Saab took the 10th spot on the list of India’s most-tweeted hashtags. Directed by Venu Sriram, it is a remake of the 2016 Bollywood film Pink.

The pandemic continued to be a consistent theme in Twitter conversations. “In India, the second wave of the pandemic saw a new movement rising on Twitter – with the service becoming a real-time lifeline for those in need. During this time, we saw a 1336% increase in Tweets around seeking or providing medical help,” Twitter revealed.

The rising popularity of Kpop was reflected in Twitter trends too. #BTS ranked eighth on the list, thanks to BTS Army.

Along with the BTS Army, other music fans were also celebrating their idol’s wins at the #iheartawards.

Tamil Superstar Vijay’s 65th film has been titled ‘Beast’. Vijay’s popularity reflected on Twitter when the hashtag #thalapathy65 took the fifth spot on the list of India’s most popular hashtags so far this year.

Actor Ajith Kumar, who works predominantly in Tamil cinema, was the only individual in the top 5 most-tweeted hashtags.

Sarkaru Vaari Paata is an upcoming Telugu action comedy film written and directed by Parasuram. While it has not yet hit the theatres, the film has already created waves on social media, as evidenced by its third rank on this list.

Tamil film #Master was the second most-tweeted hashtag of 2021, surpassed only by #Valimai at the top spot.