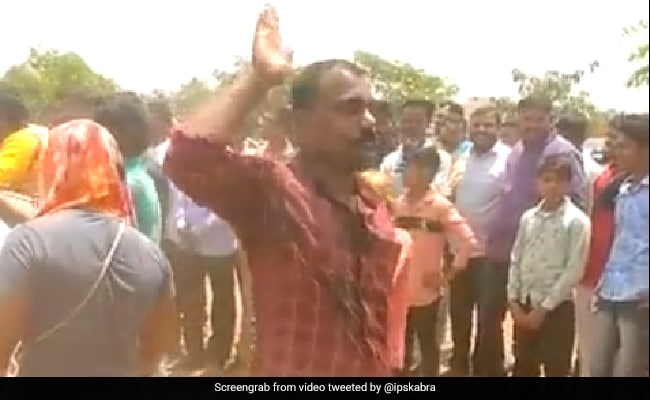 The man performed some unique steps at the wedding.

A video is going viral on social media which shows a unique dance at a wedding. It was shared by IPS officer Dipanshu Kabra on Thursday morning and has been viewed more than 1.20 lakh times in just a few hours.

“The jawan reached his friend’s baraat as soon as his training was over,” Mr Kabra said in his tweet. The location of the wedding has not been mentioned in the post.

The 29-second video starts with the man imitating a march past around drummers at a wedding. He even gives salute before taking a few steps back and breaking into a unique dance.

He then moves to a side and performs jumping jacks. The man also moves one of his arms as if getting ready to throw a ball at a cricket match.

He gets ready to perform the routine again, and that’s when the video ends.

This unique dance style is delighting the internet.

“These are the side effects of training,” a user tweeted. “That’s why the CO doesn’t approve any leaves,” another commented.

One of the users also said that this happens when someone who doesn’t know how to dance is forced to perform steps. “In such a situation, this performance comes out.”

“If only all the young men dancing in weddings do a similar police training exercise. Their health will improve, and we will get to see discipline as well,” another user said on Twitter.

Mr Kabra shared another post a few days ago, which showed a woman calmly talking on her cellphone right after a train passed over her.