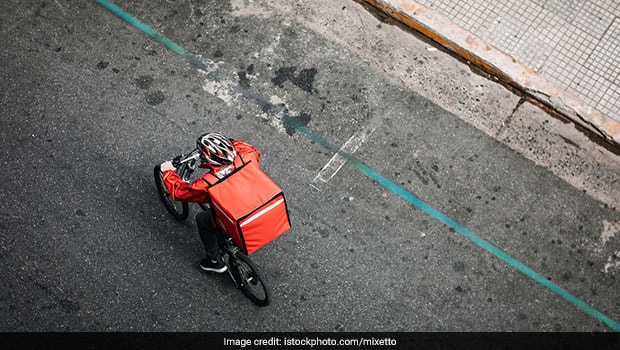 We all love to order in food when we are too tuckered out to cook or step out to eat. But have we ever given a thought about all those delivery drivers who brave all kinds of weather conditions and bring us our food, be it any time of the day or night? After watching this video, you definitely will. Riley Elliot, a food delivery driver in Las Vegas, brought the plight of delivery workers to people’s notice through an emotional video, which went viral in no time.

Riley Elliot shot a tear-eyed video of himself narrating his story of how hard it was getting for him to make ends meet with meagre pay and negligible tips from customers. “I wish people who order Uber Eats or Doordash understood what’s it like to be a delivery driver. I just spent 45 mins on delivery and had to pay $3 for parking to bring this person their food because the person refused to come out and meet me. They tipped me $1.50 and Uber paid me $2.50,” Riley revealed in the video.

Something needs to be done about this. pic.twitter.com/PvxbgiQl2s

The video was shared by a Twitter user, which melted the hearts of the viewers. While disclosing that he works multiple jobs, day and night, he almost choked while wiping off his tears when he said, “I’m about the be homeless for the third time since May and it’s all because people don’t tip their delivery drivers. Like how hard it is to throw us 5 bucks?

The Twitter user who shared the video wrote in the caption: “Something needs to be done about this”. And in a matter of a few days, the video went viral with 3.7m views and thousands of likes and comments. The video moved the internet so much that donations started flowing in for Riley, who in turn, decided to help fellow workers and started ‘Delivery Drivers Relief Fund’.

Thank you all who have contributed to this fund! It is going to change so many lives! We are working hard to provide a system of distribution. Bear with us!! #spreadthekindnesshttps://t.co/1xwiDcTaNM

About Neha GroverLove for reading roused her writing instincts. Neha is guilty of having a deep-set fixation with anything caffeinated. When she is not pouring out her nest of thoughts onto the screen, you can see her reading while sipping on coffee.