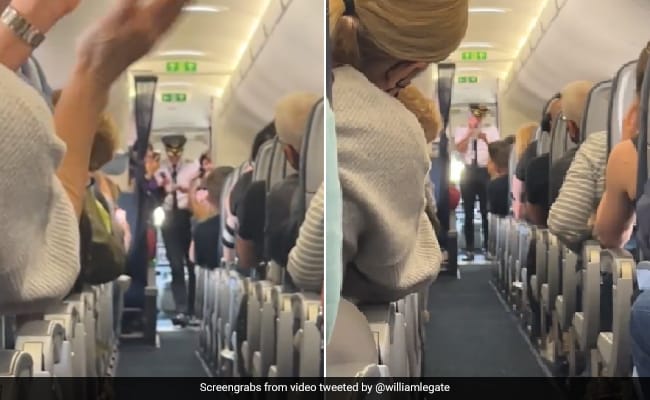 The video has garnered more than two million views.

A US federal judge’s decision on Monday to strike down the national face mask mandate for planes, trains, buses and other forms of public transportation has led to airlines allowing travellers to ditch them. Since then, a video has taken the internet by storm where passengers aboard a US airline are seen cheering the removal of the face mask mandate.

Airplane cabin broke out into applause as the pilot announced over the intercom that the federal transportation mask requirements had been struck down by a judge. Taking to Twitter, a passenger posted a video of the flight crew announcing the change in mask policy and the crowd cheering in apparent delight.

Take a look at the video:

Delta Airlines says masks are no longer required on their flights pic.twitter.com/2FNcL1UCMd

The video, which has garnered more than two million views, shows travellers aboard a Delta flight rejoicing at the removal of the mask mandate. In the clip, one can see the pilot announcing that the mask mandate on public administration by the Biden administration was struck down by a federal judge in Florida following which people onboard can choose to wear or ditch their masks. The video shows the pilot reading out the news on the flight to which the passengers take off their masks and clap in visible joy.

She added that because the system does not permit agencies to act unlawfully even in pursuit of desirable ends, the court declares it “unlawful” and vacates the mask mandate. It is to mention that the White House has called the decision disappointing and said that the CDC continues recommending wearing a mask in public transit.