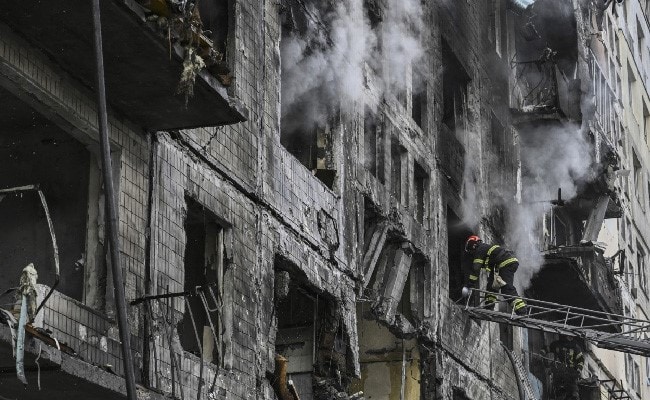 “The European Union condemns in the strongest possible terms the Russian Armed Forces and their proxies’ continued targeting of Ukraine’s civilian population and civilian infrastructure, as well as their siege of the city of Mariupol,” Borrell said in a statement.

Ukraine has accused Russia of bombing a theatre in the eastern city Mariupol where hundreds were taking shelter, despite a sign saying “children” in Russian — etched out in the ground on either side of the building.

Mariupol’s city hall said on Telegram that “around 30,000 people have left on their transport”, adding that “80 percent of residential housing was destroyed”. It said it was “clarifying information on victims” of the theatre shelling.

Russia has no right under international law to use unilateral force on a third country and “thus bears full responsibility for these acts of military aggression and all the destruction and loss of life it causes”, the EU’s top diplomat said.

“The perpetrators of these serious violations and war crimes, as well as the responsible government officials and military leaders will be held accountable,” he promised.

The demand came after US President Joe Biden on Wednesday sparked Kremlin fury by dubbing the Russian leader a “war criminal” for his forces’ bombings of Ukrainian cities.

The International Criminal Court in The Hague has opened an investigation into possible war crimes in Ukraine.