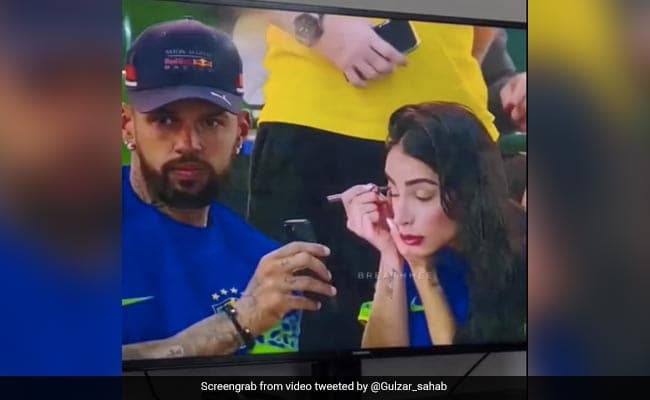 The video is popular among internet users.

Videos of unexpected incidents happening in the sports stadium during live matches are happening quite often these days, and they create a buzz on social media too. Sometimes men are seen while proposing to girlfriends, and sometimes there is a fight inside the stadium.

Recently, in a video that has surfaced online, an unconventional visual was seen in which a husband was helping his wife, who was sitting next to him, do her makeup.

Gulzar_sahab, a Twitter user, shared the video with the caption, “Husband of the year.”

The video shows a man sitting next to his wife while she applies makeup while they watch a live game in a stadium. The husband is seen holding the smartphone with the front camera, which the wife used as a mirror as she applied liner to a portion of her face.

Husband of the year 😅❤️ pic.twitter.com/ISuozoyDQA

The video received a range of responses from people, as is typical with the majority of unconventional videos on social media.

Some online users found the moment to be almost stunning, while many others didn’t like it. Many viewers noted how the man appeared to be rolling his eyes at the beginning of the video, but not everyone interpreted the scene that way. The video was all over the internet among romantics.