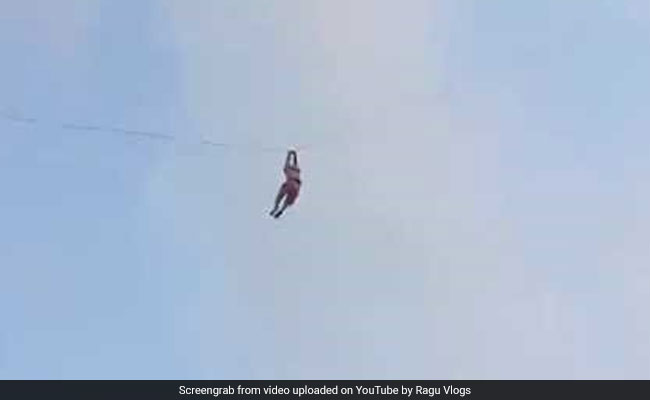 A man was – quite literally – left hanging by a thread during a kite-flying incident gone wrong in Sri Lanka. According to Newswire, Nadarasa Manoharan found himself unexpectedly airborne after a strong gust of wind took hold of his kite and swept him off his feet. The father of one had been flying a kite in Point Pedro, located in Sri Lanka’s Jaffna district, when he was swept 30 to 40-feet into the air.

The shocking incident occurred on Saturday. Footage that has been widely shared online shows Mr Manoharan hanging on a jute rope that was attached to his large kite. Watch the video below:

According to Daily Mirror, Mr Manoharan was admitted to Point Pedro Hospital after crashing to the ground. He sustained minor injuries in the freak accident.

Mr Manoharan added that he did not look down once he was airborne and only let go of the rope when his hands became numb to hold on.

This is not the first time that kite flying has taken a terrifying turn. Last year, a  three-year-old girl entangled in the tail of a giant kite survived a terrifying ride after being swept more than 100 feet (30 metres) into the air during a kite festival in Taiwan.