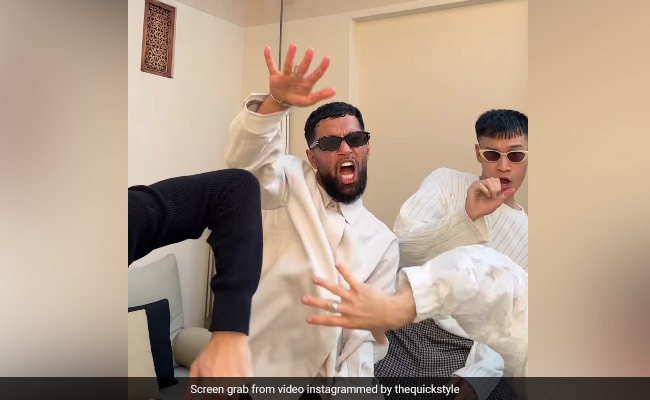 Norwegian dance group, The Quick Style, has been dominating social media for quite some time now. The dance crew became an overnight sensation after it grooved to Badshah’s ‘Kala Chashma’ from the movie ‘Baar Baar Dekho’. Now, the group has again wowed social media users with their dance moves to Ayushmann Khurrana’s newest groovy track ‘Jehda Nasha’ from his recently released film ‘An Action Hero’.

“What is your Nasha,” the Norway dance group wrote while sharing the video on Instagram. The clip opened to show one of the dancers showing off some of his cool dance moves. As the video continued, others too joined him one by one in their own fun way. The group then continued dancing in their iconic style until the end.

The Quick Style shared the video on Sunday. Since being posted, the clip has accumulated more than 383,000 likes and over 3 million views. The video also garnered several comments from verified social media handles.

“Killed it,” wrote Badshah. “Ok this gang is coming to steal hearts again and again,” said one Instagram user.

A third user commented, “Sooo creative. The video the dance the everything. You guys are just the best. Always putting a smile on my face,” while a fourth added, “You guys never cease to amaze us. Changed the entire song vibe for me.”

Meanwhile, last month, the dance crew left the internet stunned with their performance with American singer Usher. They danced to Badshah’s ‘Kala Chashma’ from the movie ‘Baar Baar Dekho’.

The clip opened to show one of the members of the crew starting the dance in their signature style and others soon joining in. Moments later, as the song changes in the middle of their performance, Usher is seen walking into the room to join the dance group.