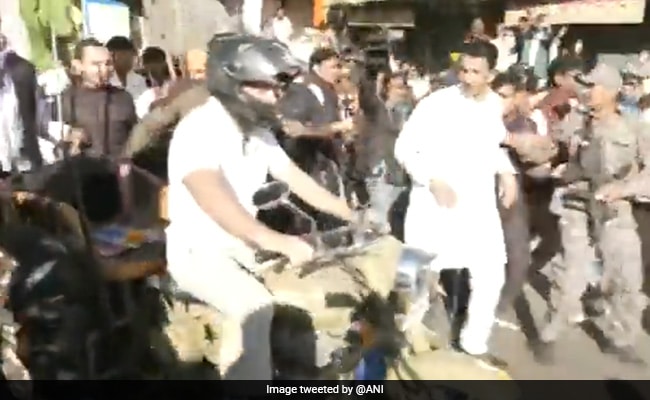 Congress leader Rahul Gandhi rode a motorcycle this morning during his Bharat Jodo Yatra, which is currently passing through Madhya Pradesh. A helmet strapped to his head and security personnel clearing the road ahead, Mr Gandhi could be seen riding on a blue carpet in Mhow as a crowd cheered from the two sides.

The ride comes as the Wayanad MP’s response to two men who have been tailing his rally on a bike to discuss animal welfare with him. One of them is Rajat Parashar, a Gwalior-based civil engineer who works for stray dogs’ upkeep. He is being accompanied by Marvel, his 10-month-old German Shepherd.

Mr Gandhi happens to be a dog lover by his own accounts. 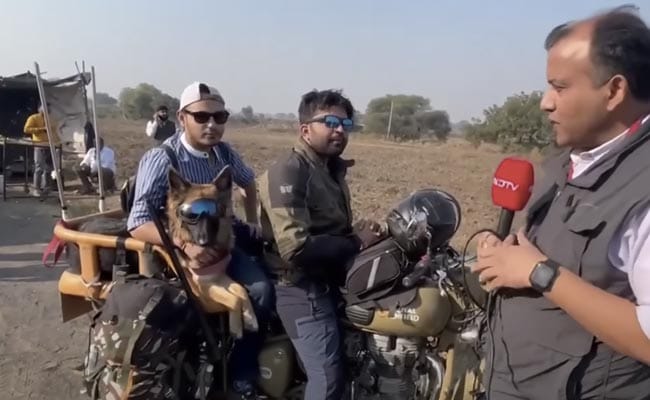 Marvel is trained for such trips and has already travelled from Kashmir to Kanyakumari, said Mr Parashar, pointing to the route that Mr Gandhi is covering the way around.

His bike’s rear seat has a customised cradle-like setup where his companion sits comfortably with Marvel, the same vehicle that Mr Gandhi was seen riding this morning.

When NDTV had an exclusive chat with him last week, he said they weren’t able to meet Mr Gandhi, but with the Congress leader seen riding the exact bike today, his hope seems to have been fulfilled.

The 3,500-km footmarch led by Mr Gandhi began from Tamil Nadu in September. It has completed about half its route and is set to conclude in January.

Tech Layoffs Globally, But Big Hiring In Fintech And E-Commerce In Chennai