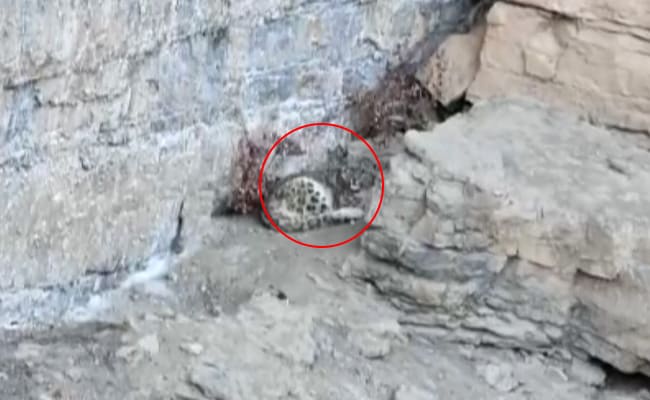 Snow leopards are rare species of wildlife that are highly threatened due to poaching.

A snow leopard was spotted in Himachal Pradesh’s Lahaul-Spiti district on Monday, in a rare sight in the tourist-packed Himalayan state.

The snow leopard was filmed resting on rocks in Chicham village of Kaza.

The big cat was captured on camera by Ajay Banyal, an Assistant Public Relations Officer in the Himachal Pradesh government, reports said.

Snow leopards are rare species of wildlife that are highly threatened due to poaching for their skin, bones, and other body parts.