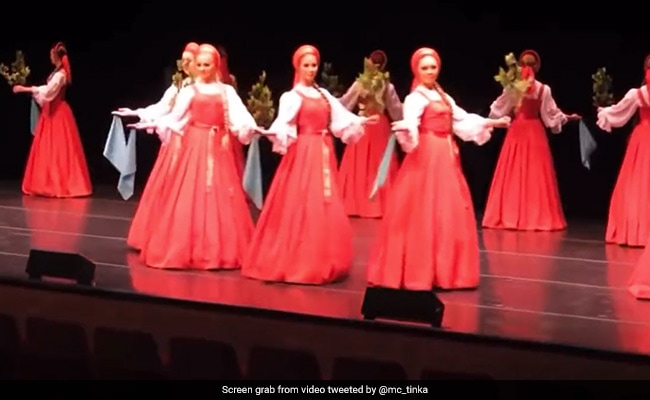 The floating effect has been the trademark of this dance group.

There are a wide variety of dance styles that are practiced throughout the world. Every dance style has its own personality that sets it apart from others. A video of a Russian dance group dancing on stage has gone viral on the internet due to its unusual performance style.

The Russian folk dancers visible in the video are part of a troupe of female dancers known as the Berezka Dance Ensemble. On stage, the women in this group take very small steps that give them the appearance of floating. According to The New York Times, this ensemble, founded in the Soviet Union in 1948 by the Russian dancer and choreographer Nadezhda Nadezhdina, is known for performing while wearing long robes and gliding or floating across the stage.

Every person watching this dance must be wondering how these dancers are able to perform this amazing accomplishment and how much pain they are in while still maintaining a smile. Because the “floating step” technique they have learned is difficult to perform and has a fantastic appearance.

A #Russian dance Berezka, where women move with short steps, so short that they look like they are floating. #MovetoRussiapic.twitter.com/fZdzLVTmd0

The video was shared on Twitter by Chris Tinka, and it has received praise from social media users. The video has received several views, retweets, and likes on the microblogging site since it was shared.

“This is high art, wonderful clothes, classy music, movements with taste and originality; how much I love it!” one user commented.