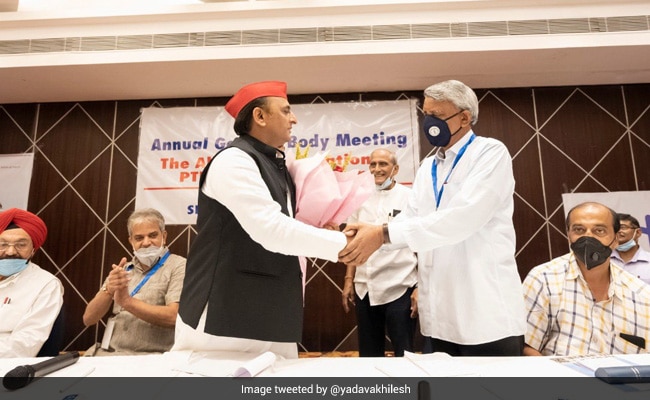 Akhilesh Yadav once again claimed that his party will win 400 of 403 Assembly seats.

The former Uttar Pradesh chief minister also said the challenge before the media is to maintain objectivity and transparency as strong journalism leads to strong democracy.

“The way to Delhi goes via Uttar Pradesh, hence, the upcoming elections in the politically significant state holds importance to restore democracy, secularism and brotherhood, the hallmarks of our Constitution,” he said.

Mr Yadav once again claimed that his party will win 400 of 403 Assembly seats in the Assembly polls.

He also alleged that “a section of the media is creating perceptions and setting narratives to earn handsome revenue”.

“Print media in particular is facing a big challenge to maintain fair news dissemination without bothering about revenue in the present scenario,” he said.