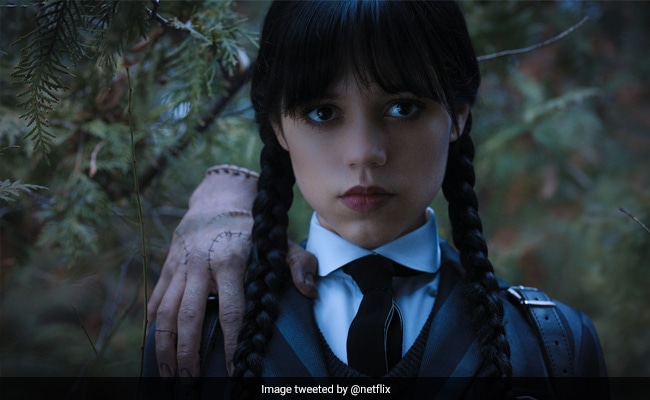 Netflix series ‘Wednesday’ has joined an exclusive club with over 1 billion hours of the series viewing time, just 20 days since its release. The series supernatural dark comedy has already become Netflix’s 3rd most popular show of all time, according to the streaming platform’s viewership stats released today.

The only shows which were streamed more than ‘Wednesday’ within the first 28 days of their release are ‘Squid Game’ and ‘Stranger Things 4’.

In its third week, Wednesday has already crossed 1 billion hours viewed and climbed into the #2 spot on the English TV Most Popular List! pic.twitter.com/nyCq4fGqYb

Among English shows, the fourth season of Stranger Things holds the top spot with 1.35 billion hours watched and is the only one above ‘Wednesday’. ‘Wednesday’, which is being praised by both critics and viewers, has already raked up an impressive 1.02 billion hours so far. It still has 8 days to eclipse ‘Stranger Things’ and ‘The Squid Game’, which was viewed for 1.65 billion hours.

‘Wednesday’, directed by Tim Burton, sees a young Wednesday Adams (Jenny Ortega) heading to a school for outcasts where she attempts to master her psychic ability and solve a murder mystery.

Here’s the Wednesday Addams’ dance routine that is going viral:

The show has already earned two nominations at the Golden Globe. While Jenny Ortega has been nominated in the best actress category, the show will compete in the Best Musical/Comedy Series category.