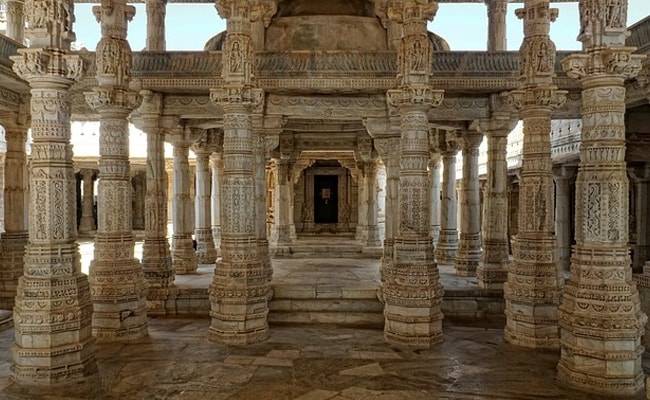 The world of business tends to prioritise concepts of profit maximisation, economies of scale and the importance of shareholder value. As the industry has developed over centuries, these concepts have become deeply embedded in global financial systems.

You can listen to more articles from The Conversation, narrated by Noa, here.

But some businesses in certain parts of the world operate based on respect for all living beings, not just humans – particularly in countries that adhere to dharmic religions such as Jainism and Hinduism (primarily across the Indian subcontinent, southeast and central Asia). Learning about such ways of working could help the global business world to become more sustainable and address the climate crisis.

Research shows that nature has long been treated as a resource or something “outside” the economic system, that exists for the benefit of humans. But the fact that the rate of species extinctions as a result of human activity is at least 1,000 times the natural rate shows just how interdependent humans and nature are. The effects of business on our climate are also clear, with 71%of the world’s fossil fuel emissions coming from just 100 multinational corporations.

Addressing this attitude to nature in much of the business world would require changing economic theory and belief systems to recognise the sentience of all life on earth and the need to protect other living beings. This would require profound behavioural and cultural transformation to meet the environmental challenges the world faces right now.

But economics and finance professionals often remove this issue from their equations, adding to social and ecological devastation. The growing global green finance movement is certainly a step in the right direction, but more radical changes in financial theory are required to address the environmental crisis and make all business more sustainable.

My research shows how finance could draw on certain ancient religious traditions to encourage such behavioural and cultural shifts. Indeed, there are many belief systems that do not separate nature from humanity, but rather encourage its preservation. Businesses can follow such doctrines and still be successful.

Dharma, for example, is generally understood to mean moral virtue and outlines a path towards sustainable living. The dharmic religions of India – the Hindu, Sikh, Buddhist and Jain belief systems – have never separated man from animals and nature. These belief systems were never anthropocentric (regarding humans as central to life on earth). Their traditions date back thousands of years and were shaped long before humanity faced the existential crises that we do now.

What is even more prescient about these ancient religions, especially for the world of business and finance, is that their sustainable practices are actually hiding in plain sight. Their leaders are already practising business sustainably, simply because they have always seen it as the right way to operate – their motivations are driven by culture, belief and tradition.

Jains, for example, have for thousands of years believed in respect for all living beings including plants and animals. The central philosophy of Jainism – one of the world’s oldest religions – is called Ahimsa and is based on non-violence in thought, word and deed.

For many Jains, as well as those from other dharmic religions such as Sikhs and Hindus, philanthropy is “a duty not a choice”. They aim to work within the nature and limits of money to practise a compassionate form of capitalism.

But this attitude is not limited to dharmic religions. Research shows that before colonisation, many parts of Africa used strong social and communal networks of shared ownership.

And the Swedish bank Handelsbanken was established in 1871 to operate in an organic way by building trust and relationships that are local and sustainable. It provides vital funding to smaller businesses that can be neglected by major high street banks.

Finance has often been a destructive force in communities, society and nature. It promotes individualism and can cause inequality instead of co-operation and income parity.

Ignorance of the variety of capitals beyond the financial – culture, relationships, trust, leadership, spirituality and community capital – and their importance in building contented and harmonious societies, could be addressed by looking to these other, ancient traditions. Learning about these other types of capital could help to revive and elevate their importance in the business world.

Faith was central to finance for thousands of years – even the City of London had 104 churches before the world wars – but it is often ignored in contemporary financial research and education. By making business education much more inclusive of diverse cultures and wisdoms, more industry leaders can learn to operate with conscience, contentment and responsibility.

(Disclosure Statement: Atul K. Shah does not work for, consult, own shares in or receive funding from any company or organisation that would benefit from this article, and has disclosed no relevant affiliations beyond their academic appointment)

This article is republished from The Conversation under a Creative Commons license. Read the original article.