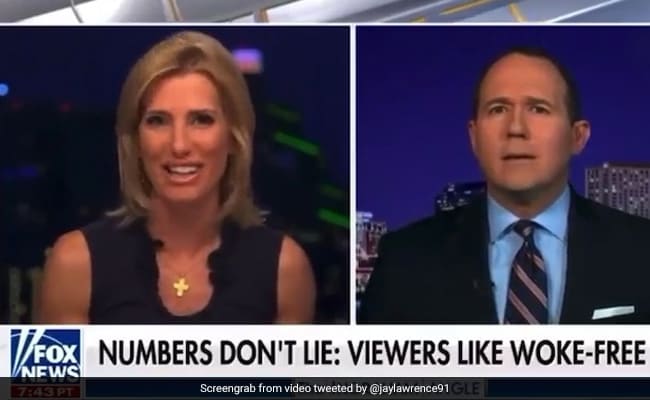 Laura Ingraham was left confused when a guest spoke about the Netflix series ‘You’.

Real or staged, this clip featuring a Fox News host and her confusion over You is comedy gold – and it has exploded on social media. A television show host in the US has become the centre of Twitter jokes and puns after she seemingly misunderstood a statement made by a guest on her show. When the guest referred to the Netflix show You, Fox News host Laura Ingraham appeared to have assumed he was talking about her and their exchange sparked a chain of humorous reactions on social media. The conversation rolled out as a classic case of mistaken identity, but it was the back-and-forth between the host and the guest that made it all the more amusing. The guest is seen repeatedly trying to make her understand that he was referring to the Netflix show, but apparently failed to make it clear enough for Ms Ingraham.

Laura Ingraham began her show on Monday night by criticising what she called a “Team of Incompetents” in the Joe Biden White House. But soon confusion unfolded on her show in an unexpected treat for her viewers. Raymond Arroyo, a regular on Ms Ingraham’s show, mentioned the Netflix series You during a discussion that included vaccines and COVID-19.

Mr Arroyo said he was watching an episode of You when measles came up.  To this, a seemingly-flummoxed Ms Ingraham asked him when she mentioned measles. Mr Arroyo then said, “I don’t know. It was on You.” What then unfolded was absolute chaos.

“What was on me?” Ms Ingraham asked, seemingly not getting the reference of the hits Netflix show. “What are you talking about?”

But that didn’t help and they continued a dialogue that appeared more like a scene out of a sitcom than a primetime news show. The segment ended shortly after, without a conclusion. Watch the entire segment here, which was shared on Twitter by radio personality Jay Lawrence:

And this, everyone, is the greatest video of all time: pic.twitter.com/Kf3jHXUliQ

The video has amassed over 6.3 million views in a day.

Several viewers were of the opinion that the whole thing was staged. And, it looks like Penn Badgley, star of the Netflix hit You, is of the same opinion. In a tweet, Mr Badgley said, “Definitely a bit. His delivery is great tho.”

Definitely a bit. His delivery is great tho https://t.co/8UFfy7IpZf

Taran Killam, a former Saturday Night Live cast member too reacted to a retweet of the clip and said, “Not. Real. NOT. Real.”

Another user supported the “it was staged” opinion and said, “Folks, it’s a joke. A bad/dad-humour joke but a joke nonetheless. Laura Ingraham was playing along with the script…Not the funniest thing ever but, no, they were not caught ‘being dumb.’ Just silly humour.”

Folks, it’s a joke. 🙂 A bad/dad-humor joke but a joke nonetheless. @IngrahamAngle was playing along with the script. It was schtick. Not the funniest thing ever but, no, they were not caught ‘being dumb.’ Just silly humor.

“Besides the fact she gives it away at the end by asking if Netflix has a show called Laura Ingraham, they’ve been doing this kind of stuff for years now,” Justin Baragona, a reporter at the Daily Beast said.

This was completely a scripted bit. Besides the fact she gives it away at the end by asking if Netflix has a show called Laura Ingraham, they’ve been doing this kind of stuff for years now.https://t.co/QkzcZCNJUF

Some users were, however, convinced by the veracity of the misunderstanding. “Who needs SNL anymore when real life is more of a joke,” said one user.

“Talk about talking without thinking. In other words, just another day at Fox,” said another.

Talk about talking without thinking. In other words, just another day at Fox .

Check some more interesting and funny takes below:

The Netflix production You is a psychological thriller starring Penn Badgley as a serial killer starring. The third season was released in October this year.